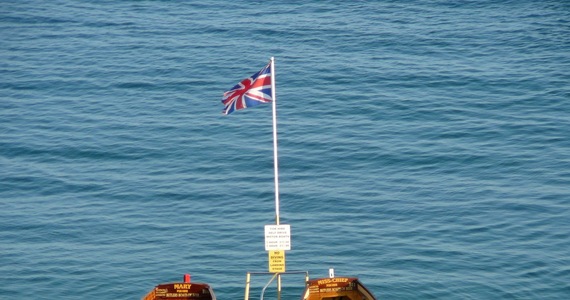 The highest number of people registered so far was on August 21, when 30 boats, with a total of 828 illegal immigrants on board, either landed or were seized in their territorial waters.

It was another fourth daily record this summer. The first in the series was recorded on July 19, when 430 people landed on British shores, 482 of them on August 4, and 592 on August 12.

Monday’s wave of illegal immigrants is linked to better weather in the English Channel. During the past two weeks – including on Saturday – no attempt to cross the canal has been recorded, which was the result of unfavorable weather conditions, during which crossing the canal on small boats or buoys would be very dangerous. But already on Sunday four boats with 158 people on board landed on British shores.

Since the beginning of the year – but without taking into account the unconfirmed number from Monday – more than 12,500 people have traveled to Great Britain in this way. Undocumented immigrants, about 50 percent more than the whole of last year, which was a record high so far, and more than six times what it was in 2019.

In addition, as Dan O’Money, the British government’s special commissioner for combating illegal immigration on the English Channel, reported, another 10,000 people have been denied entry to the UK since the beginning of this year. Person, nearly 300 smugglers were arrested, 65 of whom have already been convicted.

The British government maintains that people smuggling is carried out by criminal gangs and that the people who pay them are not usually those most in need of help and have a real basis for asylum.