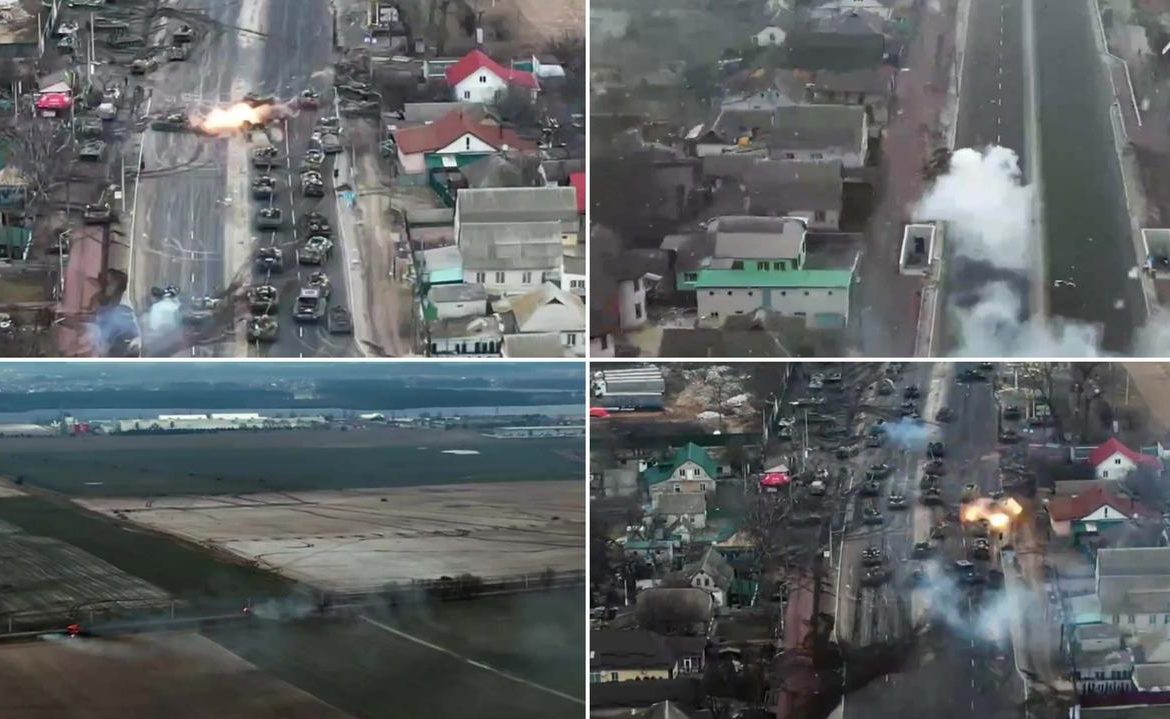 The Ukrainian army fired on an armored column of Russian troops near the city of Brovary in the eastern suburbs of Kiev. According to Ukrainian intelligence, the commander of the tank regiment Andrei Zakharov was killed in the attack. The Ukrainian service also intercepted the conversation with the Russian soldiers. One of them reported that “the sixth regiment almost lost.” The moment of the shooting was recorded in the drone footage.

Drone footage shows Ukrainian forces firing at Russian tanks passing through the village of Brovary near Kyiv. According to the military intelligence of the Ukrainian Armed Forces, the commander of the tank regiment Andrei Zakharov was killed as a result of the bombing.

The Ukrainians also intercepted a conversation in which a Russian soldier spoke of an attack by Ukrainian forces on an armored convoy. The sixth regiment was almost lost. (…]Lots of losses – can be heard in the posted recording.

– Ambush the head of the column. The regiment commander was killed. (…) They attack from there. Artillery shelling, tanks, and Berktari drones – reported the soldier.

Russian forces are trying to encircle the Ukrainian capital. “It is impossible to get around Kyiv, and it cannot be arrested,” said Oleksiy Aristovich, an adviser to the Ukrainian president’s administration, on Thursday. – No need to worry about that. A fairly large group of our troops operates near Kyiv and in Kyiv itself, destroying the enemy. (…]We have an advantage in the fight. Aristovich said that they continue to fail.

On the same morning, the adviser to the head of the Ukrainian Interior Ministry, Vadim Denisenko, declared that “the night was very difficult, but in general it can be said that the Ukrainian army launched a counterattack near Kyiv.” – We defeated five tanks. In the morning in Kyiv you could hear the sounds of an artillery battle in the western suburbs. We understand that the fighting is now going on there. However, no other information is available yet.”

The British Ministry of Defense also reported on the difficulties the Russians face around Kyiv. The ministry said, citing the latest British intelligence figures, that “a large Russian convoy northwest of Kyiv has made little progress in more than a week and suffers continuous losses from the Ukrainian armed forces.”

Don't Miss it Japan freezes funds of Russian and Belarusian oligarchs
Up Next Ascension will offer collaboration throughout the campaign. The extension will be available for free