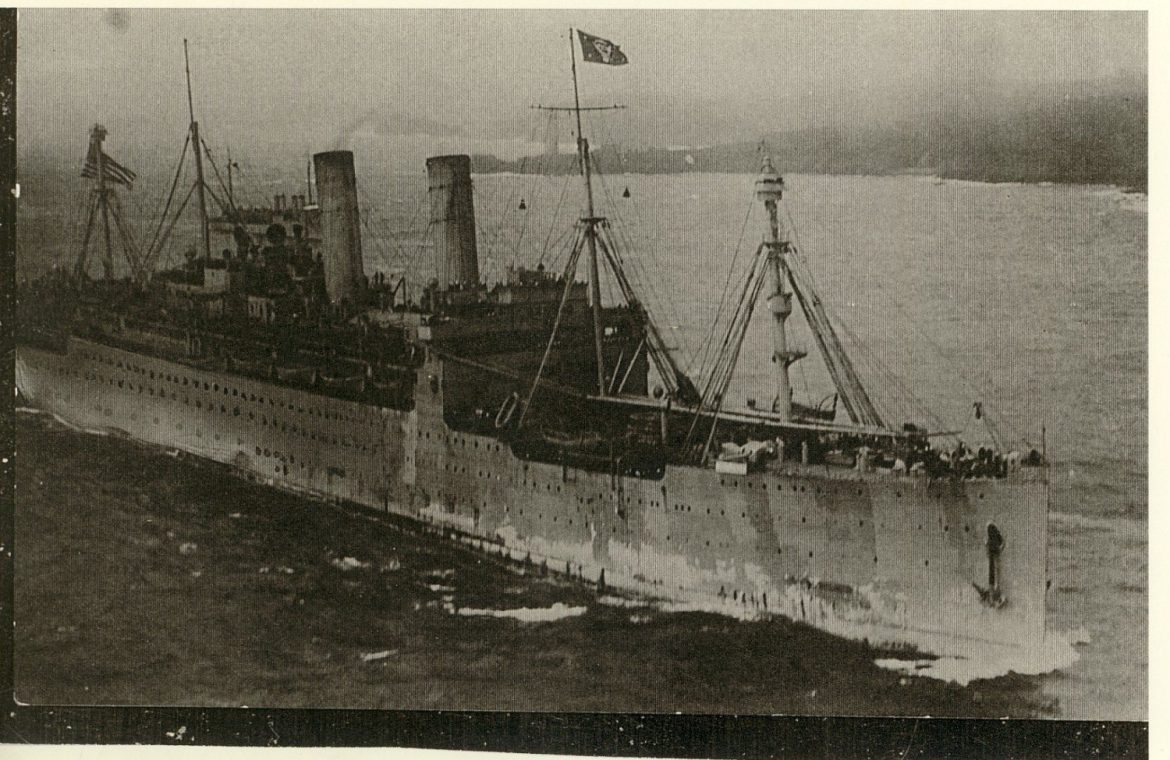 George Washington prowled the water from the ramp as Building No. 286 of the Szczecin Vulcan Shipyard. Aboard the steamboat, President Woodrow Wilson sailed to Europe in order to create a new order in Europe. Later, the ship’s guest was Franklin Delano Roosevelt, then Deputy Secretary of State for the Navy

The creation of the “George Washington” liner in AG Vulcan took two years (1907-1908). The ship’s order was placed by Norddeutscher Lloyd. On November 10, 1908, the steamboat was launched, and the ceremony was originally scheduled to take place on October 31, but was postponed due to the low water level in the Oder. It was at that time the third largest passenger ship in the world after “Lusitania” and “Mauritania”.

The ship could take approximately 2,900 passengers, 900 of them divided into first and second class, and the rest into third class. The ship had only eight stories, not the typical nine, which gave the passengers a feeling of spaciousness. The first-class passenger section included 31 cabins with attached bathrooms, and German architect Rudolf Alexander Schroeder designed the Empire Suites. George Washington made his maiden voyage on June 12, 1909, sailing from Bremen to New York via Southampton and Cherbourg. There were 1169 passengers on board.

First class passengers in George Washington had access to a lounge, reading room, two-story smoking room and dining room of its own, which occupied the entire width of the ship. The dining room had a capacity of 350 people on small tables designed – from two to six people – in red Moroccan “wide and movable” chairs. The dining room was decorated in white and gold, topped with a gilded dome, and its walls were decorated with floral patterns on a blue background. There was also a gymnasium and two electric elevators on board. There was also a darkroom open to photographers and even 20 doghouses. The measure of luxury was supplemented by an outdoor café, where you can enjoy an afternoon coffee, all in the shade of umbrellas.

Heading to New York on the morning of April 14, 1912, the ship’s crew saw the Great Iceberg as it passed south of Newfoundland’s Grand Banks. The steamboat only passed half a mile (900 m). It was estimated to be 112 feet (34 meters) tall and 410 feet (120 meters) long. After registering the position, “George Washington” issued a warning to all ships. The warning also reached the Titanic. However, in vain. On April 15, George Washington received distorted transmissions that said the Titanic had collided with an iceberg. Was it the same as the iceberg? we do not know.

The steamer sailed to New York until the outbreak of the First World War, when he was captured in the USA. In 1917 – already under the American flag – it made its debut as a military transportation. Over the next two years, it made 18 round trips in support of the US Expeditionary Force. Woodrow Wilson, President of the United States, and the American representatives who went to the Paris Peace Conference were hosted. It was a show of American might at sea.

The ship was going to Brest, accompanied by ten warships and twenty-eight destroyers. He is not the only president who has traveled on the ship. In January 1919, the Deputy Secretary of the Navy, Franklin Roosevelt, accompanied the Chinese and Mexican Peace Committees to France. On February 24 of the same year, President Wilson returned to the United States on the ship.

In total, the steamer carried 48,000 passengers to France, and 34,000 soldiers returned abroad after the ceasefire.

Video: What did Szczecin look like several years ago?

The ship became famous in January 1941. It was returned to Navy service and assigned to the USS Catlin. However, it soon became clear that the steam boilers did not provide the minimum velocity required to protect against submarine attacks. The Americans returned the ship as part of a lease agreement to Great Britain.

The steamer reverted to its original name, however, the English were soon convinced of the weakness of the boilers that could not maintain sufficient steam pressure. There was also a shortage of qualified smokers. The ship returned to the US Naval Department on April 17, 1942, and rebuilt, as it was fitted with new oil-powered engines. In July 1943, “George Washington” sailed from New York via the Panama Canal and from there to Los Angeles and Brisbane, Australia. Returning to Los Angeles, he sailed to Bombay and Cape Town in September, before arriving in New York in December 1943.

In January 1944, George Washington began regular voyages to Great Britain and the Mediterranean. The ship was decommissioned on April 21, 1947. It remained tied to Baltimore, where four years later it was destroyed by fire. In February 1951 it was sold for scrap.

Don't Miss it If you fall asleep while watching Netflix, this new feature is for you
Up Next The PS5 and Xbox Series X will be tough to come by for a long time. Microsoft confirms the problems