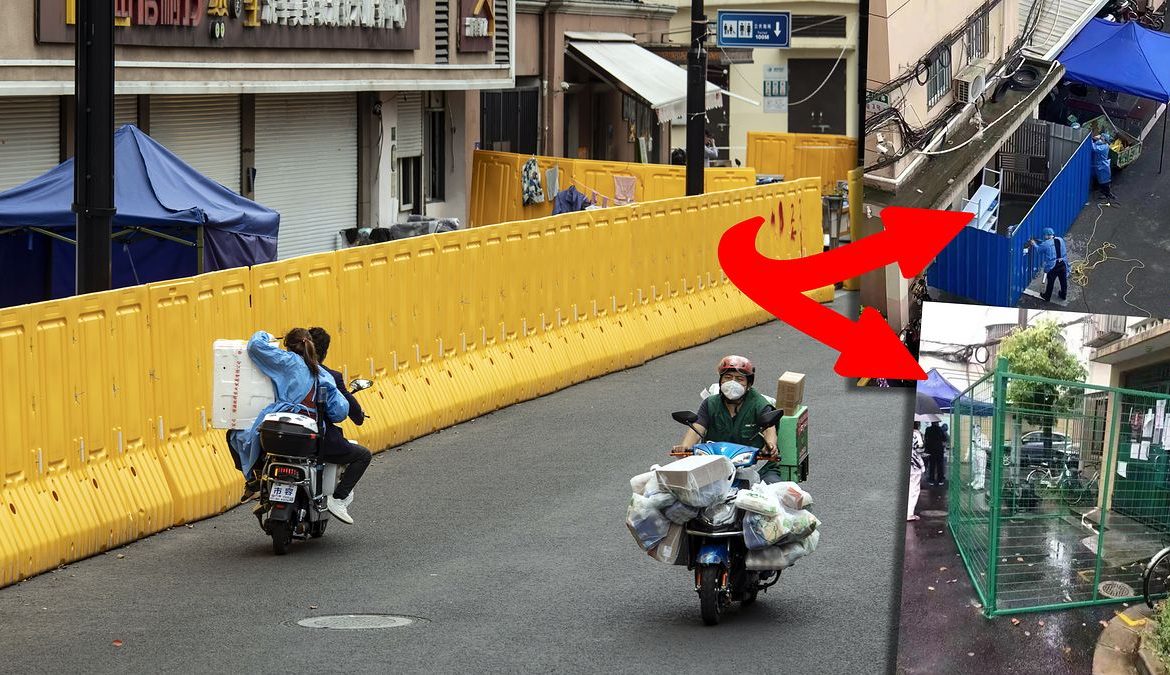 At the end of March, when Poland lifted practically all restrictions on COVID-19 – For example, there is no longer an obligation to wear masks in public China found itself in a completely different situation. There, due to the increasing number of virus infections, the tight lockdown was tightened, among other things, in Shanghai. The process is still going on.

The situation for the city’s population of 25 million is deteriorating, according to the BBC. In line with China’s zero-tolerance strategy for COVID-19, People are locked in their homes. However, there was no decrease in the number of cases. Instead, fences blocking the entrances to apartment buildings began to appear.

“In recent days, images of employees in white protective suits have appeared on Chinese language social media They close the entrances to the residential blocks and separate the streets with green fencesBBC reports. Journalists add that several fences, about two meters high, have been installed around buildings marked as “closed areas” where at least one person has tested positive for the COVID-19 virus.

According to the BBC, residents were quarantined without warning and with almost no explanation from the authorities. Only on April 23, it was announced on the Internet that a “tight quarantine” would be implemented in some areas.

The tightening of the lockdown is causing massive problems for residents of Shanghai, which – which is not uncommon in China – are starting to speak up. The BBC interviewer said he was concerned about his personal safety. What if a fire broke out in a strictly enclosed building? But there are other reasons for dissatisfaction.

“While some city officials are installing fences, others are busy trying to block a popular video showing the impact of the city’s lockdown on residents. The six-minute edit includes unverified audiotapes. Locals criticize the insufficient food supply and complain about the state of health– Reports the BBC.

In the aforementioned video, you hear someone pleading,We haven’t eaten anything for several days“Residents of Shanghai’s gated community say they have to wait for the government to deliver vegetables, meat and eggs. They don’t go as far as they would like.”

Other “preventive” measures include the spread of the coronavirus in Shanghai Electronic alarms on the doors to prevent the injured from leaving the city. In addition, there is a forced eviction in order to disinfect the premises.

Don't Miss it The Americans say she is Putin’s mistress. The United States fears sanctions against Alina Kabaeva
Up Next They paid $55 million for tickets. Today they will return to Earth