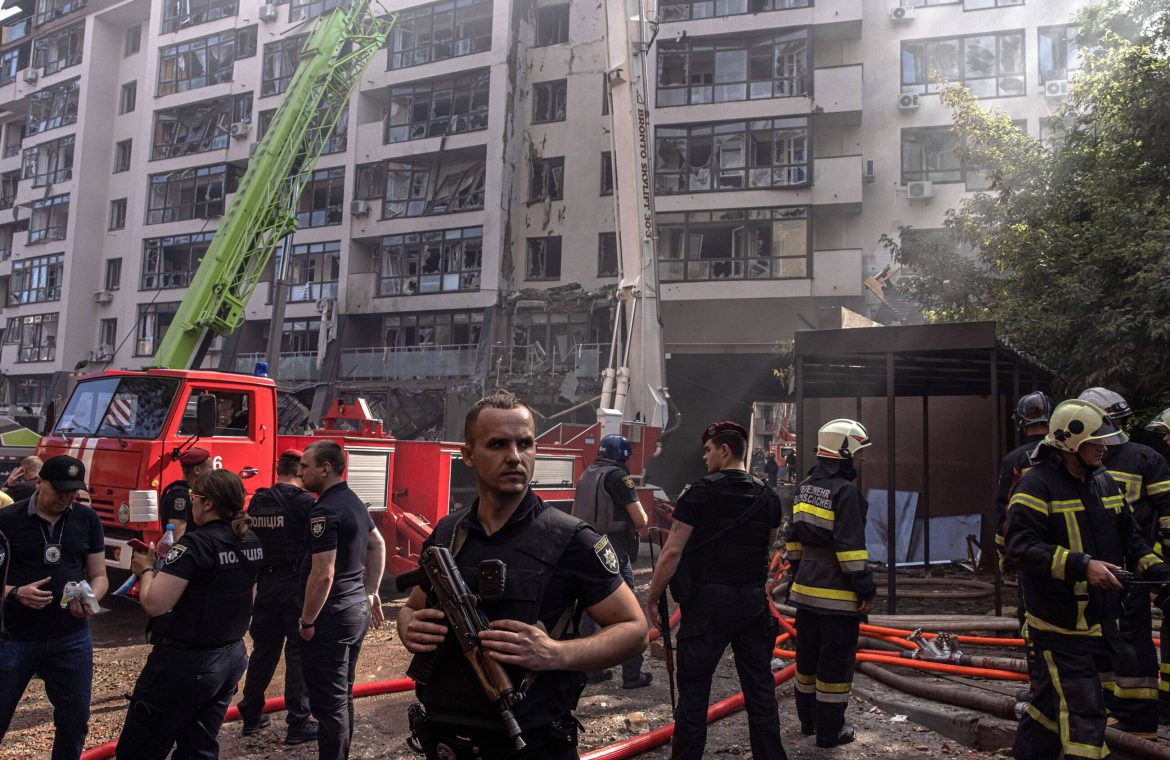 Russian missiles fell on apartment buildings in the central-western part of Kyiv on Sunday morning.

“Friends! Several explosions in the Shevchenkov district. Ambulance crews and rescue workers are on site. Residents were rescued and evacuated in two houses” – reports the Mayor of the Ukrainian capital Vitaly Klitschko via telegram.

Former Swedish Prime Minister Carl Bildt commented on the attack on the Ukrainian capital and others.

The politician posted a video from the place where the fire broke out and wrote: “It is difficult to see this morning’s attack on a residential neighborhood in Kyiv as something other than a deliberate escalation and a reference to the participants of the G7 meeting in Elmau. . . ”

The G7 summit begins. What is on the agenda?

The G7 summit began on Sunday, June 26 and will run until Tuesday, this time in Schloss Elmau in Bavaria. The G7 presidents and prime ministers met for the last time on German soil in 2015.

The President of Ukraine, as well as the heads of government of India, South Africa, Argentina, Senegal and Indonesia were also invited to participate in the event.

One of the main topics of the talks is global food security. The G7 leaders will also discuss issues related to combating future “epidemics” and the climate crisis. They will also talk about “Strengthening international economic and social cooperation for sustainable development”, which is the Davos Agenda.


Read also:
Group of Seven summit. Schulz will address the subject of the Marshall Plan for Ukraine

Don't Miss it Graphene instead of graphite to protect electronic devices
Up Next G7 plans to allocate $600 billion to develop global infrastructure. Biden: a turning point