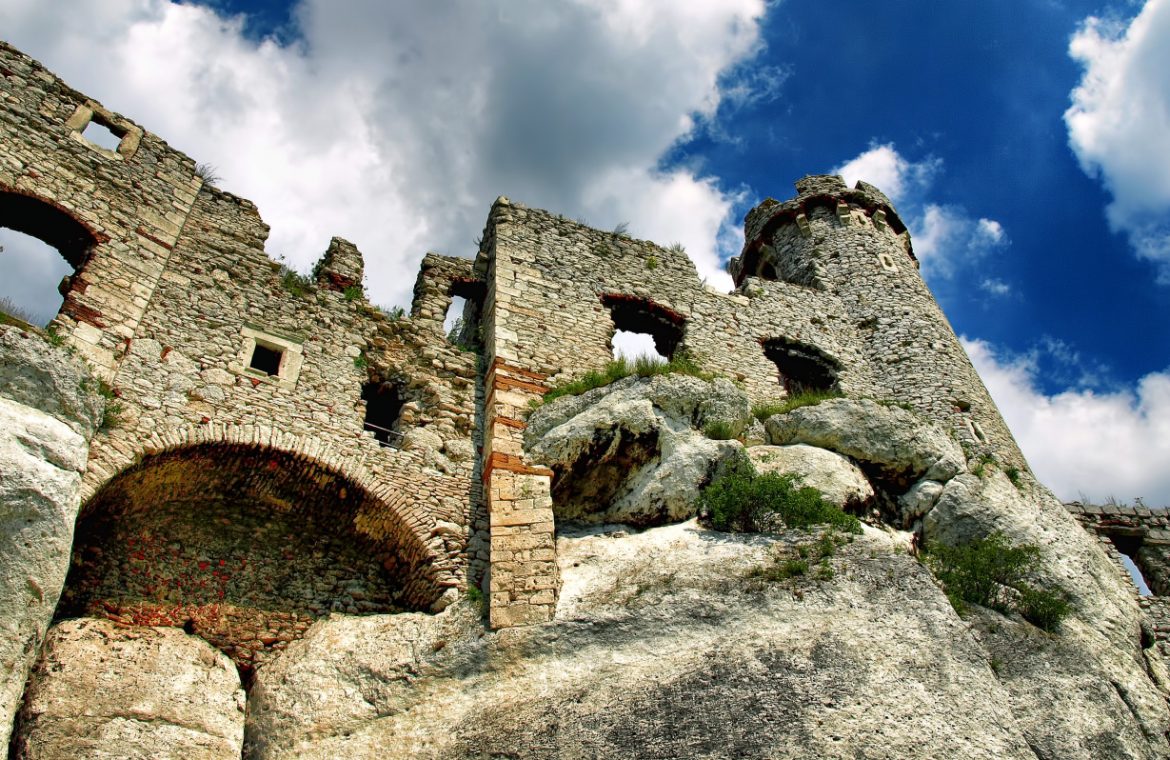 Where was The Witcher filmed? Learn about the Polish castles that appeared on the small screen.

It started with a story in “Fantastyka”. Then there were books, a movie, a series, computer games, other series and … the whole world was crazy about Geralt of Rivia. Today, “The Witcher” is one of the most famous ambassadors of our country abroad. The creator of the wonderful world, Andrzej Sapkowski was inspired, among other things, by Slavic traditions and folklore. Computer games and the latest series also feature elements from contemporary Poland. Some scenes were created by the Vistula River, and some virtual locations were inspired by Polish cities and landmarks.

Let’s start with computer games. After all, it was thanks to them that “The Witcher” gained international popularity.

In The Witcher 3: Wild Hunt, one of the main places of action is the Free City of Novigrad. The name itself refers to the Free City of Gdansk, but that’s just the beginning. The clearest evidence of the inspiration is the urban planning, including the iconic crane that is the Tri-City icon. Interestingly, one of the game’s authors, Andrzej Dybowski, comes from the neighboring city of Sopot and is an architecture graduate.

In the south of Novigrad there is a distinctive box-shaped windmill in the game. Some Polish players immediately associated it with a confusingly similar object that can be admired in the Open Air Museum in Morzes. Let’s stay for a moment in popular ethnographic climates. The floral patterns in homes in the village of Lindenvale are very similar to the motifs that are the hallmark of Zalipie cottages.

On one mission, Geralt encounters a tower that is literally overrun with mice. Perhaps this place and the story presented in the game refer to the Mouse Tower in Kroszowice. It was there that the rodent was supposed to eat Prince Pupil and his wife alive. It is true that the virtual building is not an honest representation of the real building, but you cannot ignore the obvious plot connections.

The Oxenfurt Academy, in its name, is associated with the University of Oxford. However, if we pay attention to the site and the architecture, we can note the inspiration from Sand Island or the Wawel Royal Castle.

Most of the scenes for the first season of “The Witcher” were created from the Netflix stable in Hungary, but the filming team also visited Poland. The most important battle was filmed in the Ogrodzieniec fortress. After the broadcast of the series, the place became more and more visited by tourists. Reconstruction of medieval battles and other thematic events were organized here before.

Another famous Polish castle certainly caught the eye of the watchful spectator. In one of the first episodes, the Witcher title is called upon to Wyzmin to deal with the monster. The building visible from above is of course Niedzica Castle. Thanks to CGI technologies, fortifications look a little different than they really are. However, the writers decided not to film the entire episode in Niedzica. The interior of the castle is actually a movie studio in Great Britain.

Don't Miss it Shrew, teeth. Scientists have identified 14 new species of mammals. This is the greatest discovery in 90 years
Up Next Russia demands NATO and the United States. “Unreal meeting”