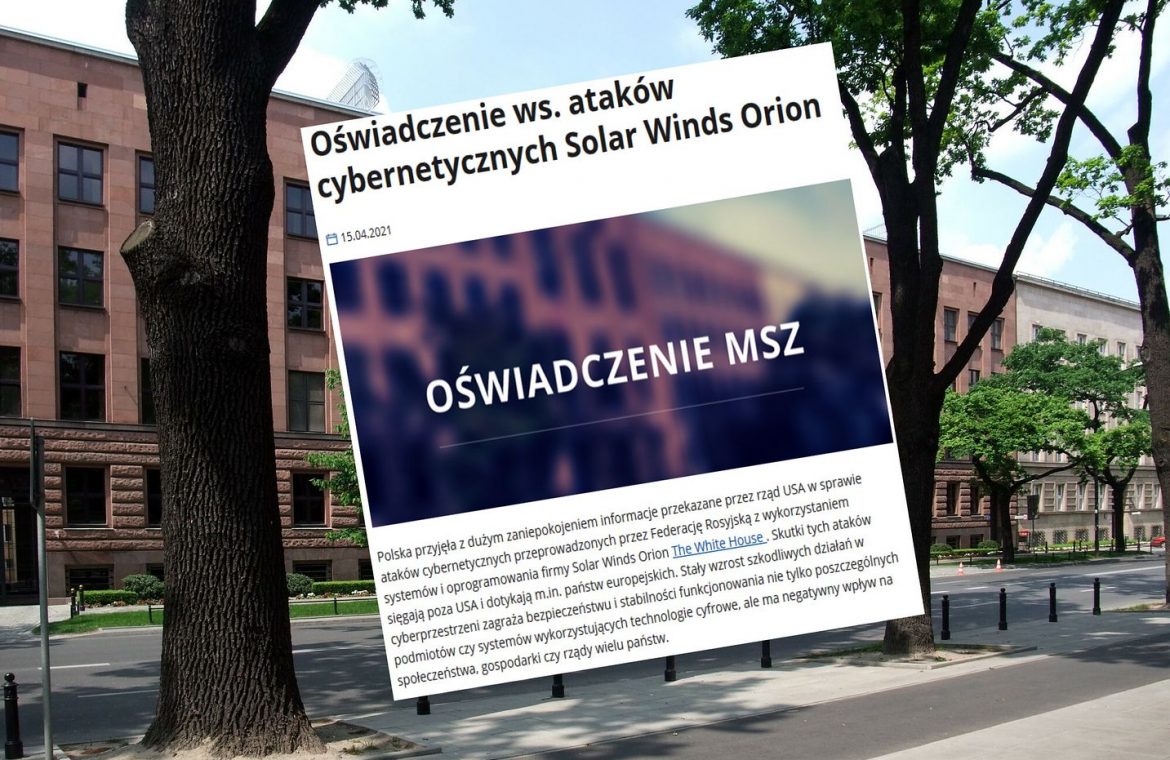 The Polish News Agency reported that the Ministry of Foreign Affairs summoned the Russian ambassador to Poland, Sergey Andreev, to the ministry’s headquarters. In the. Socha receives a diplomatic note containing information about the recognition of a persona non grata for three employees of the Embassy of the Russian Federation. In the evening, Vice Chairman of the Foreign Affairs Committee of the Federation Council, Vladimir Jabbarov, announced that Moscow would reciprocate and released three Polish diplomats.

The move by the Polish diplomatic ministry comes in response to Thursday’s sanctions imposed by Washington on Moscow and the recent moves of Russian forces on the border with Ukraine. At the same time, the State Department issued a statement regarding the cyber attacks that occurred in the USA in 2020.

“Poland has received with great concern the information provided by the US government regarding cyber attacks carried out by the Russian Federation using the systems and software of Solar Winds Orion The White House,” the statement reads.

The Ministry of Foreign Affairs believes that the effects of Russian piracy activities threaten not only the security and stability of the performance of individual entities or systems that use digital technologies, but also have a negative impact on societies, economies and governments in many countries.

Russia is subject to US sanctions. “We do not want to escalate the situation.”

“We strongly call for the compliance of states, the private sector and individuals with the principles of responsible conduct in cyberspace (…). The undertaking or support of harmful activity in cyberspace by states calls into question their intentions as participants in international processes aimed at strengthening security on a global scale.” – Adds the Ministry of Foreign Affairs.

Thursday US President Joe Biden has issued an Executive Order imposing sanctions on Russia They included, among other things, 10 Russian diplomats “suspected of espionage.” They have 30 days to leave their facilities in the United States. – Joe Biden’s goal is to provide a credible response to Russia’s actions, and at the same time we don’t want to escalate the situation – security advisor Jake Sullivan assessed him in an interview with CNN.

The cyber attack on US institutions occurred last year. According to reports, “Politico” has been attacked by others, the State Department, the Treasury, the tech giant Microsoft. Hackers also found data on American Nuclear Resources.

Don't Miss it Rzymkovsky: There is no project and no concept to liquidate the Polish Academy of Sciences
Up Next Resident Evil Village looks awesome! The gameplay emphasizes the dark atmosphere of the game