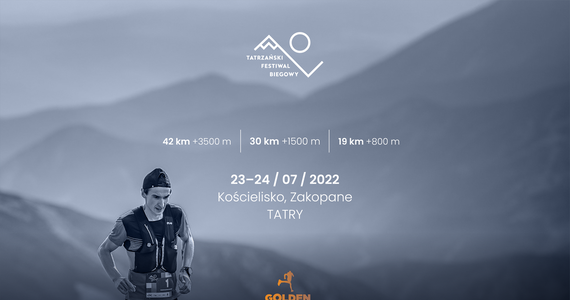 GTWS is designed to meet the expectations of top athletes who want to regularly race against each other in competitions of the highest level. The Golden Trail World Series in 2021 proved that this competition can also be described as the world’s largest show in the trailrunning community. Extensive communication in the media and social networks, as well as high-quality films and live broadcasts, increased the popularity of the series in the world of mountain runners. GTWS aims to increase audience and fan engagement. One way is creativity and development National Golden Trail Series.

While the goal of the GTWS is to bring together the best athletes from around the world, the goal of the GTNS is to invite the best national athletes to compete and enable them to enter the elite by starting the Grand Final and competing against the best athletes in the world. National editions will be played, among others, in: France, Belgium, Spain, Portugal, Italy, Great Britain, USA, Canada, Germany, Austria, Czech Republic, Slovakia and Poland (combined edition). In Poland, the GTNS race was held for two years at Lądek-Zdrój as part of the Running Festival in the Lower Silesian MountainsWill now join the course Tatra Sky Marathon Running Festival.

Alexander Matusinsky to Interia: It is not appropriate for us to go below that level. Video
INTERIA.TV

We reported some time ago that the global version of the GTWS would become even more attractive next year. More money was added to the kit, tournament rules were changed in a way that increased competition among runners, and stricter anti-doping controls were announced. Everything will end with the Grand Final in Madeira. A similar revolution awaits the national editions. The Golden Trail National Series will also be held under new rules that are more convenient for running, and the Grand Final will take place at the same time as the Global Final. “For our version, we tried to make it as attractive as possible, but also to improve it for runners in terms of travel.

We decided that to reach the GTNS final, which will take place on the Jeseníky Marathon, it would be enough to be in the top three in any event of the course. The top three men and women on the Jesenki Marathon Road will qualify for the Grand Final in Madeira, which will take place in the fall,” – said Przemyslav Zubicki – Community Running/Outdoor Director Amer Sports Polska. We are very excited that this year the Tatra Sky Marathon will join the Golden Trail National Series, and the Salomon brand will support this well-developed event.

The confrontation between our players and the Czechs and Slovaks is always fierce. For us, the natural choice of venue for the Polish version of GNTS was the Lower Silesian Mountain Running Festival in Lądek-Zdrój, which has been supported by the Salomon brand since its inception. We did that two years ago. When there is now an opportunity for another Polish event to join the series at the expense of the Czech event, the choice fell on the Tatra Sky Marathon. Together with the Buff brand, we want to support the event from the beginning, we want to create a unique competition and show good cooperation in favor of mountain running in Poland.”

Is there a possibility in the coming years that any of the Polish events mentioned above will join the global version? “I do not hide that this is our dream and it will be great to show Poland to the best runners in the world, regardless of whether we decide to promote the Tatra Sky Marathon or the DFBG. We are happy to start the cooperation with our new sponsor. Everything is in our hands ”- said Marcin Rzyszkotko – Director of the Tatra Sky Festival Marathon running.