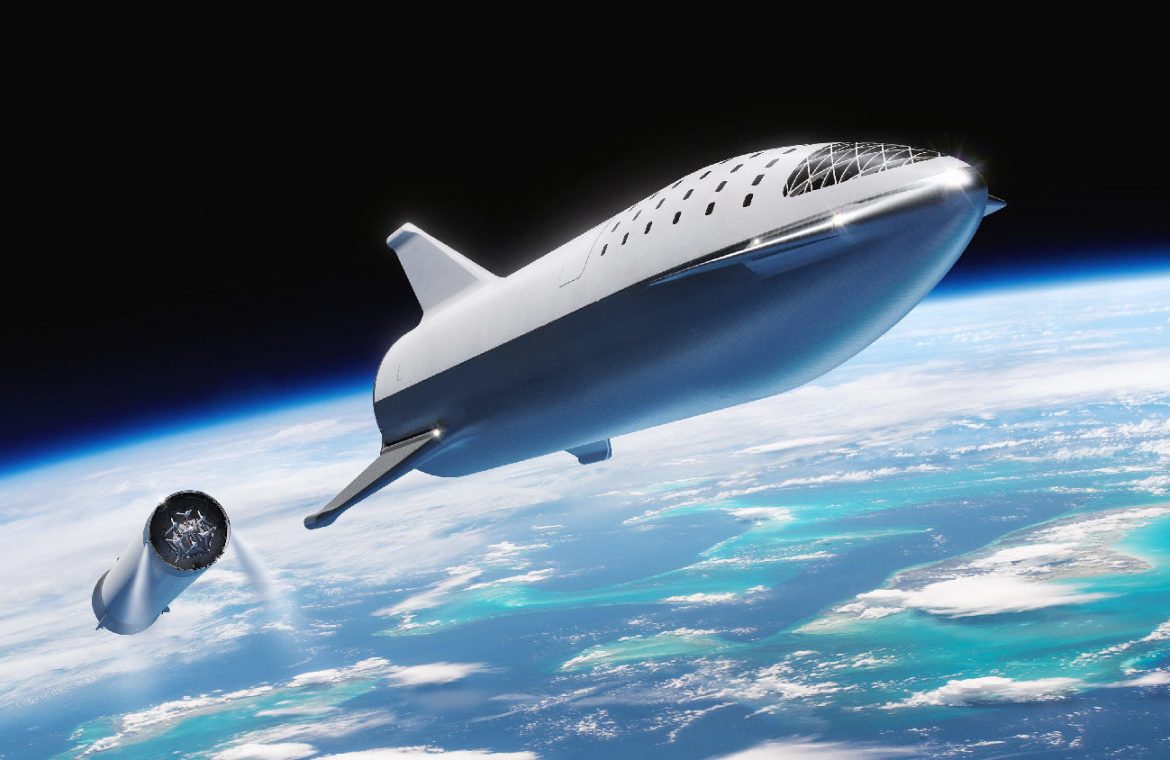 Launching the Starship into space would look better than the double landing of Falcon Heavy boosters two years ago.

In 2020, we can observe the rapid development of the Starship project, as part of which SpaceX is building a new rocket that will theoretically be able to take people to the moon, and in the future also to Mars. Although last year began with refueling problems in the prototype of the spacecraft tank, it ended with an almost perfect flight of the missile at an altitude of 12 km.

However, this is only the beginning of the entire project development. Now, thanks to Elon Musk’s Twitter post, we’ve learned something new about the target missile.

As a rule, a space-bound spacecraft will be installed over the first portion of the rocket, called the Super Heavy. Just minutes after takeoff, the Super Heavy will return to Earth, where it can be reused for its next flight, just like the first part of the Falcon 9 missile currently in use.

A Twitter user asked on a social media site if his animation shows a realistic landing profile for the first Starship member. Elon Musk replied, however, that instead of landing the Super Heavy member, he would try to “catch” him with his arm above the launch tower. Thanks to this, it will be possible to eliminate the need to use folding legs, on which the first part of the Falcon 9 currently lands.

Furthermore, Elon Musk predicts that the Super Heavy will be ready to take off again just 60 minutes after landing. It is not known in which situation such repeated launches will be necessary, but the future visions of the founder of SpaceX spoke of sending up to hundreds of Starships towards Mars in a single launch window. In this way, one might consider establishing a colony on the Red Planet. On the one hand, it’s just a vision and a goal, and on the other hand, it’s Elon Musk. You never know if by chance he would fail to implement such a plan.

See also  More than 10,000 patients contracted Covid-19 while being treated in hospital

Don't Miss it USA: The Nashville bomber believed in flying saucers and in the existence of people, lizards
Up Next Gallery includes 100 birth scenes from around the world