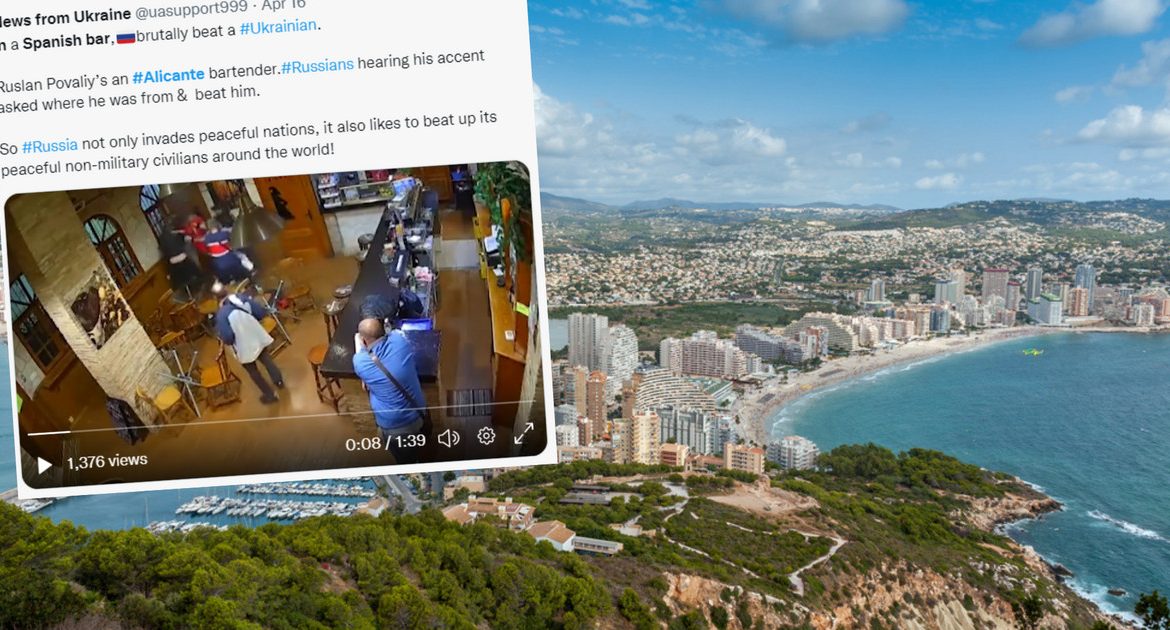 The guys entered the pub late in the evening and heard they would not be served because the pub is now closed. Ruslan, 43, who has lived in Spain for more than 20 years, was behind the bar. When the tourists asked him where he came from, he said he was from Ukraine. He added the words: “Glory to Ukraine.”

They broke his nose and stabbed him

Apparently, this was a provocation of the Russian agents, who attacked Ruslan and severely beat him. The recording posted on social media shows that except for the waiter, there were only a few people in the bar, some of whom had left during the incident. Only two women stood up for the waiter. However, the recording shows that the attackers are not responding to their attempts to keep the assailants away from the victim.

Several comments appeared under the video, which many users shared on Twitter. Most of them cannot be cited because of the swear words directed at Russians. Others – commented negatively on the behavior of the other bartenders (“I can’t believe they left the bar alone”) and the attackers, who attacked one out of three of them: “That’s the nature of the Russians. So brave when it’s 3 against 1. When it’s 1 on 1, they are ready to sell their mom for a bottle of vodka,” one commentator wrote.

According to the Spanish website theolivepress.es, the waiter who was beaten reported the incident to the Spanish Civil Guard. She has, among other things, a broken and stabbed nose. The guard is currently investigating. Most likely, two of the three assailants are Russian brothers with a criminal past.

Don't Miss it WhatsApp allows you to hide. Contacts will not check when we are online
Up Next British seizure of steroids. His team has to return the medals from Tokyo