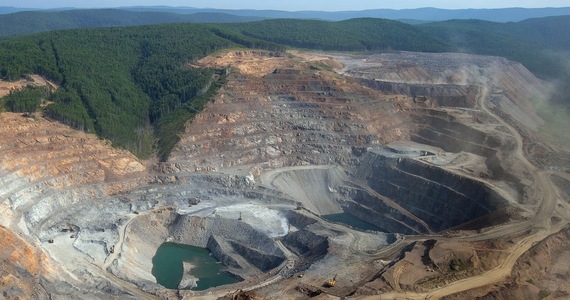 The World Environment Organization WWF announced, on Sunday, that nearly 1,500 kilometers of rivers in Siberia are polluted due to gold mining. Ecologists warn that the discharge of mud and sand into rivers during extraction is causing the extinction of riverine animals.

The organization said that satellite images from regions of four Siberian regions – Krasnoyarsk Krai, Kemerovo Oblast, Tuva and Khakassia – show river pollution at a distance of 1,474 km. She assessed the situation in Krasnoyarsk Krai as the most difficult, since 14 cases of pollution were detected along 816 km of rivers.

The research was conducted from mid-May to the end of June, which means that such a scale of pollution occurred in just a month and a half.

The problem concerns the gold mining process, in which the main river stream is drained through special channels. Then dams are built and separate water reservoirs are created, and then the river sand is washed in search of raw crumbs. At the extraction site, soil and stagnant water ponds were dug up. In addition, cyanide, which is used as a solution in gold leaching, can enter the river.

WWF expert Alexander Kolotto emphasized that the picture described by environmentalists is incomplete. They have only monitored some areas where gold is mined intensively. The study did not cover the northern regions of Krasnoyarsk Krai, Magadan Oblast and the Republic of Yakutia. However, the ecologist said that even this fragmented picture is “terrifying”, warning that Russia is “losing more and more new rivers” to Siberia every year.

Don't Miss it 700,000 Poles reside in Great Britain – EURACTIV.pl
Up Next Stephen Hawking was right! His thesis was confirmed after 47 years