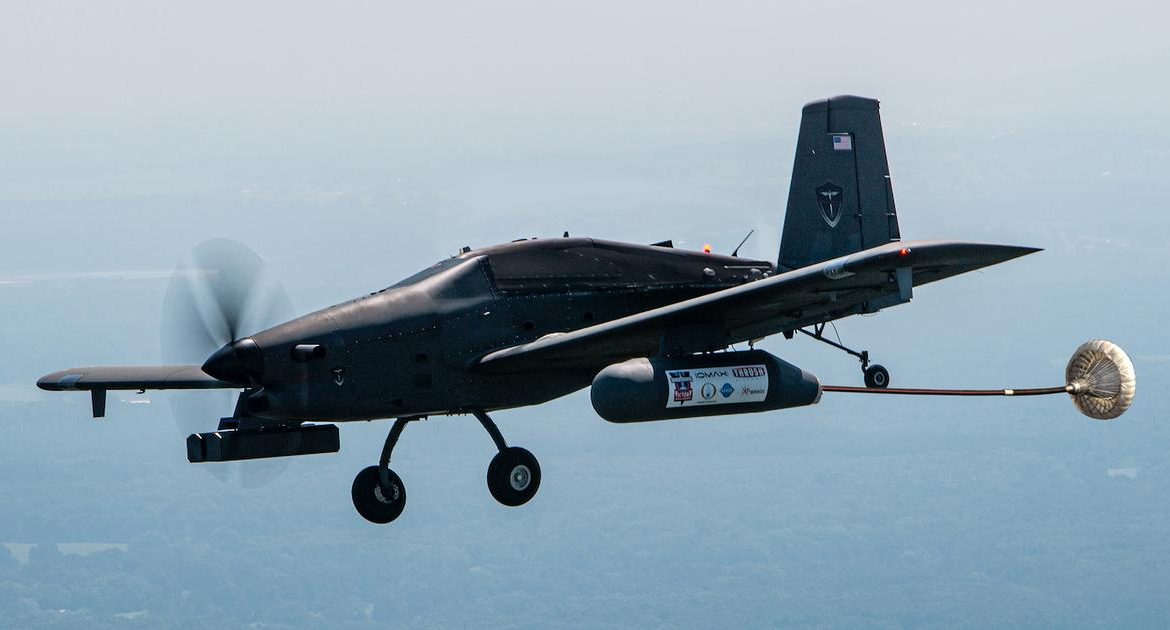 Airborne refueling has proven to be effective in many military operations, expanding the range of aircraft operational capabilities. Usually, such flights and special machines can only be provided by rich countries and armed forces, as they are carried out by big transport planes Adapted for AAR (Aerial Refueling) operations. The cost of purchasing these machines is up to $100 million, in addition to the high operating costs and usually high minimum speeds, which does not make the task any easier for the pilots.

However, former military pilots now associated with Victory Aviation (which is headquartered in Texas) decided to create a platform that would solve problems on both the military and civilian sides. Air or ground forces will be able to provide easier aerial refueling for their helicopters, a Civilian operators will be able to more easily perform the most important flights, such as firefighting, research, humanitarian or medical flights Or priority mail delivery. The aircraft they use is completely universal – it can fly as a classic machine or perform semi-autonomous or fully autonomous tasks.

The official name of the machine is the KC-1000 “Doerbird”. KC is officially the military designation for mid-air refueling, and the number thousand is derived from the ability to deliver more than a thousand gallons of fuel. It is interesting that the aircraft was built on the basis of … an agricultural aircraft. Agricultural aircraft are very suitable for these tasks, since they usually already have large built-in tanks for spraying and extinguishing liquids, so turning such a structure into a flying “fuel tank” was much easier than in ordinary aircraft.

The coming months are a continuation of test flights and full certification in the United States, with the support of the US government and military forces, to integrate the KC-1000 into military machines. It is also slated to open a branch in Europe next year Providing on-demand in-air refueling for interested airlines, firefighting and private pilots.

What do you need to do next / what are the requirements to be able to use such a system as air refueling during flights? System requirements are quite simple – the standard MA-2 nozzle (fixed or telescopic), mounting system and integration with the fuel system. Helicopters have been using air refueling for many years, so such modifications can be made directly by the manufacturer. In the case of aircraft, discussions are currently underway with various suppliers of spare parts for the modification of larger civilian aircraft such as the Beechcraft King Air and the AT-802 Air Tractor. The responsibility for the export and use of the system in Europe is currently the responsibility of the ITAR (International Trade in Arms) agency, but the designers of this solution assume that it will be possible to obtain all the necessary permits and permits within the next year.

>> See also: After Concord, we will fly from London to New York in 90 minutes

At the same time, we would like to remind you that a public referendum organized by the Technology Awards 2021 is underway, in which the best smartphones, TVs, games and other new technologies are selected. There are special prizes for voting!

Don't Miss it Free channel with frequent broadcast of cult series in Poland! Where and how do you watch? What is in the program?
Up Next FIFA and Electronic Arts are still at a dead end. The developers of the game are not sure if it will go forward