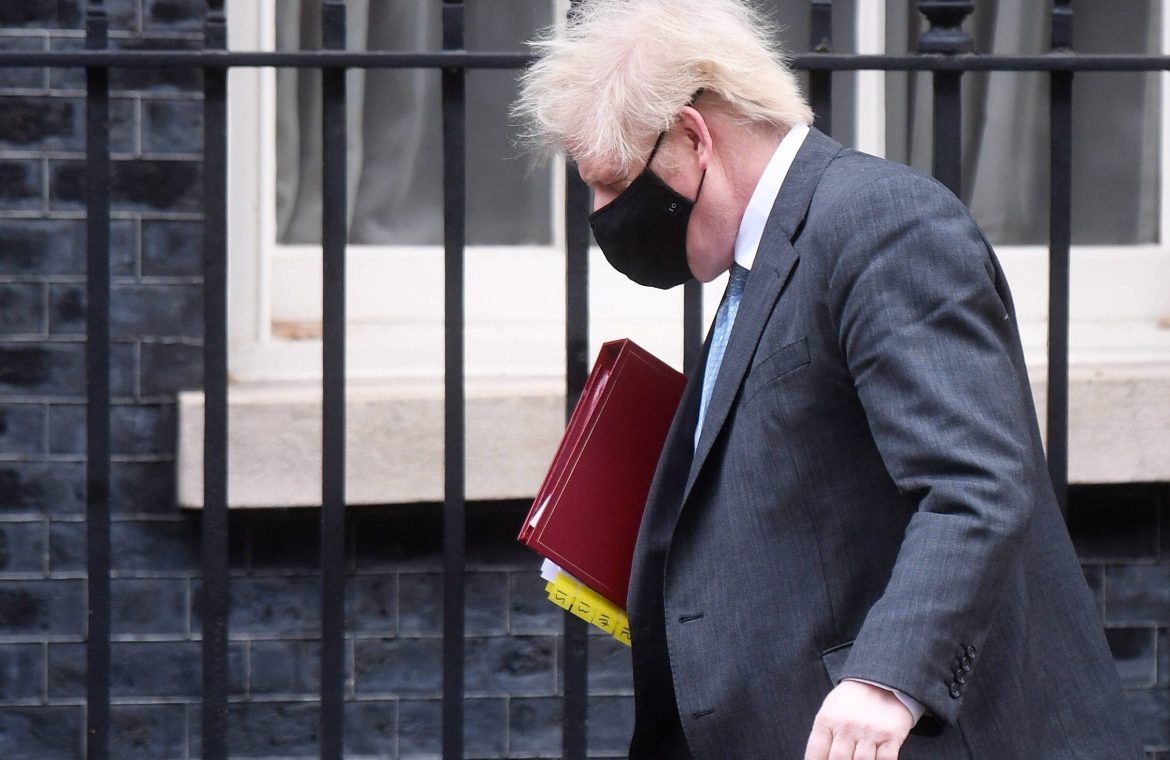 A spokesman for Boris Johnson said the prime minister was not in Downing Street at the time, having stayed at Checkers’ mansion outside London from Thursday night to Saturday, but did not dispute the Daily Telegraph’s information.

According to the newspaper, the events that took place on Friday, April 16, 2021, were organized to mark the departure of two employees – Director of Communication James Slack and one of the Prime Minister’s photographers. At first, they were held separately – the latter in the basement of the building, in a poorly ventilated room, where the coronavirus is easy to spread, but in the middle of the night the two merged into one Downing Street garden party. There were about 30 people at that time.

As the Daily Telegraph describes, citing eyewitnesses, including those involved in these events, there was at one time a fear that there might be a shortage of alcohol, so someone went to a nearby supermarket and brought a few bottles of wine in a suitcase. In turn, the participants in the basement party expressed concern that too much wine was spilled on the carpet as they danced. Later, when they had all moved into the park, a Downing Street employee climbed onto the Boris Johnson newborn swing and broke it. The party was supposed to end late after midnight from Friday to Saturday.

As the Daily Telegraph reports, government guidelines at the time stated that people were not allowed to socialize in confined spaces, with the exception of their family members or so-called support bubbles, while outdoors, including in home gardens, it was possible to hold meetings for what Up to six people or two families.

This is another case of media coverage in recent weeks in Downing Street, other ministries or at Conservative Party headquarters, social gatherings, casual parties or parties held during virus restrictions when they are prohibited, but the first for 2021. The previous ones were held in April, May, November and December 2020. Some are under investigation by senior government employee Sue Gray.

Johnson has to go.

But as the Daily Telegraph emphasizes, context is particularly important in the latter case – it states that in order to comply with government regulations, the royal family had to limit the number of participants at Prince Philip’s funeral to just 30 people, and one of the most poignant scenes was a portrait of the Queen. Elizabeth II, who sat alone in the chapel at Windsor Castle, due to social distancing rules.

The Queen sat alone in mourning, like so many in those days, with personal shock and devotion to obeying the rules in the national interest. Opposition Labor Deputy Leader Angela Rayner said I have no words for the culture and behavior at No. 10 (10 Downing Street, ie the Prime Minister’s Residence – PAP), and the Prime Minister is responsible for that.

“The Queen sitting alone, grieving the loss of her husband, was the image that marked the shutdown. Not because she is the Queen, but because she was just another person, grieving alone like so many others. While grieving, it was Number 10,” Liberal Democrat leader Ed Davey wrote on Twitter.

Read also:
Johnson sacking a matter of time? This could be a breach of restrictionsRead also:
Boris Johnson’s wife is pregnant. “I’m expecting a rainbow baby”

See also  How do you exercise in front of the TV? - Good morning TVN

Don't Miss it Sopocka Miniteka in a new version. “There’s a lot to be proud of. It’s a beautiful space.”
Up Next United States of America. Reporter in Ruya: “Oh my God, I get hit by a car!” I will get back to reporting [WIDEO] | News from the world