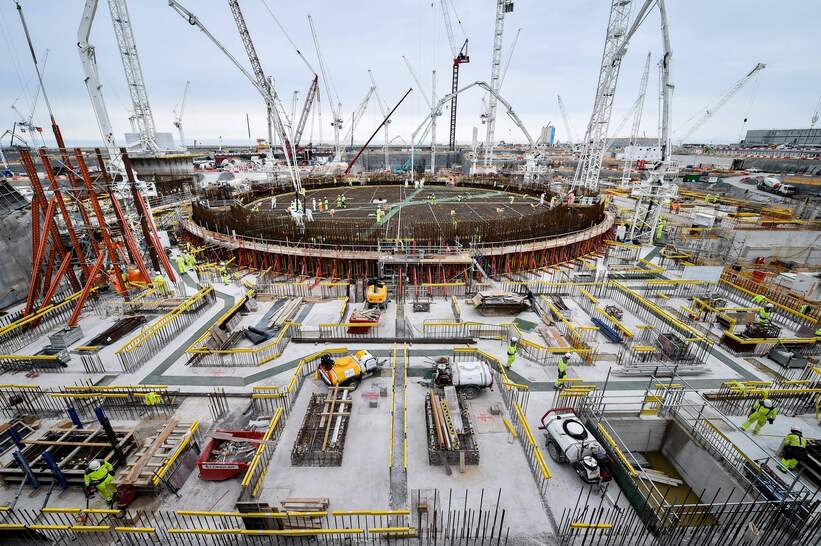 In Great Britain, as part of energy independence after the Russian attack on Ukraine, up to seven nuclear power plants may be built by 2050, Business and Energy Minister Kwasi Quarting told the Sunday Telegraph.

He admitted that in France, where most of the energy is now produced by nuclear power plants, “it cost a fortune, but gave them independence, frankly, that other continents, such as Germany and the Italians, envied.”

“There is a perception across the (UK) government that we can do more with nuclear energy. When it comes to energy, we think 30 or even 40 years ago. If we think about 2050, we see a world where we have six or seven things in the UK. It won’t happen in the next couple of years, but it’s definitely something we can strive for.”

Johnson: A quarter of the energy can come from nuclear plants

The Prime Minister (Boris Johnson) has said that when it comes to the energy mix, a quarter of the energy can come from nuclear power plants.. I would say 15 to 25 percent. But of course, six new nuclear power plants will not suddenly be built in the first three years. “It is physically impossible,” he added.

According to the Sunday Telegraph, ministers agreed to set up a company called Great British Nuclear, which will locate new nuclear power plants and cut red tape to speed up the planning process and bring together private companies to run each site.

Thursday The UK government is expected to present an energy strategy, and Johnson is expected to announce a significant expansion of its nuclear plans beyond its current commitment to support the construction of a single large-scale nuclear power plant by 2024. The government is expected to commit to supporting the construction of at least two large power plants by 2030, as well as small modular reactors. “By the end of this decade, nuclear power will be even more important in the UK’s energy mix,” a government source was quoted as saying by the Sunday Telegraph.

In the long term, Johnson and Quarting want to more than triple the amount of power generated at nuclear power plants from the current 7 gigawatts to 24 gigawatts by 2050.

There are currently six nuclear power plants in the UK, one of which is due to be decommissioned soon and another four by 2030.

Don't Miss it NASA’s Artemis Program. Another problem with the Artemis I mission. First, the lightning struck the SLS missile, then the propellers did not work
Up Next The political group in the World Cup. “The match with the United States is an opportunity for a new chapter”