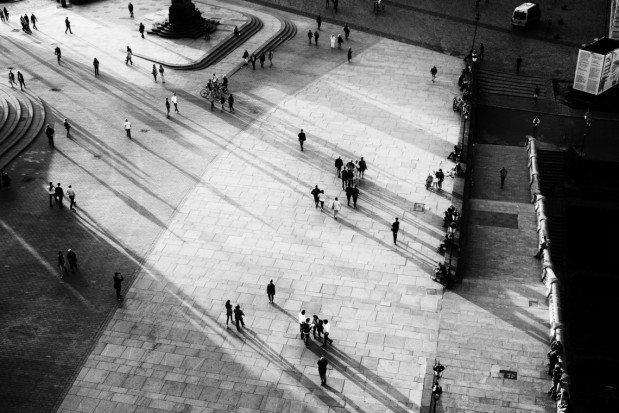 This approach has two potential effects. The first is to take life into your local space, neighborhood, street, and even your backyard. This means changing the purpose of commercial and service buildings in the region to meet basic needs. Moreover, it might turn out that community centers or popular club cafés in socialist countries would once again become a meeting place for local communities. Some contemporary housing cooperatives continue the idea of ​​community and provide each new investment with several common spaces – conference rooms, children’s rooms, and guest rooms, which will be spaces for work or interaction during or after the pandemic.

This may result in new buildings with mixed software, which is something we know from the city center – on the ground floor and first floor there are services, commercial spaces, offices, apartments above and a place in the backyard to meet neighbors and play with the little ones or a garden. If we look at, for example, the Googleplex building and the politics of large companies, we will notice that they try to keep employees as long as possible in the building in which they work. Does this mean that they will want to build more buildings, and the apartment will have a privilege like a gym card, which must be returned upon changing jobs?

The second effect is the strengthening of the place, which brings about many changes, for example in accessibility and transportation. Long trips around town and beyond will become less popular. This means that public spaces in neighborhoods should increase, which is already evident in the streets of European cities that expand squares or close new streets to car traffic. The travel patterns also change in the agglomeration, and the mobility, which led to the blockage of the city so far, decreased Of his own pace. Short trips depend on other modes of transportation – bicycles, scooters, and walking – and therefore require different infrastructure.

This means that the streets, which until now were exclusively reserved for cars, will have to share the space with other means of transportation. In this context, it is proposed, for example, a “city in 15 minutes”, that is, a way to organize a city in which all the necessary services are available near it. Some measures have already been taken by the C40 coalition, which is testing how to operate in the new reality.

The closed spaces of shopping centers, where the main streets have moved, require us to wear masks and be very careful, escalators and handrails, internal elevator buttons, narrow corridors, and insufficient ventilation contribute to the spread of the virus. High Street, meaning Piotrkowska, Półwiejska, which was once the city salons where you were shopping, has been deprived of its role by the malls. Is this an opportunity to take back the city?

There appear to be many possible solutions and scenarios. For the time being, we are looking for temporary solutions and testing new ideas. Perhaps this is the best experience moment that hasn’t happened in recent years. It is not known what will be left of them. But maybe no one is asking about it, either. Much depends on how long the pandemic will last, and how it affects the way we operate and the economy. The solution to frequently changing conditions is Flexibility, which is not looking for definitive solutions, but only revolves around, in an effort to better respond to tasks in the short term. We don’t know how spaces will change after the pandemic ends, and we don’t know when it will end.

Don't Miss it Estonia. Kaga Klas became the Prime Minister. Now the country is ruled by two women News from the world
Up Next Netflix already has 200 million subscribers. Coronavirus and series helped