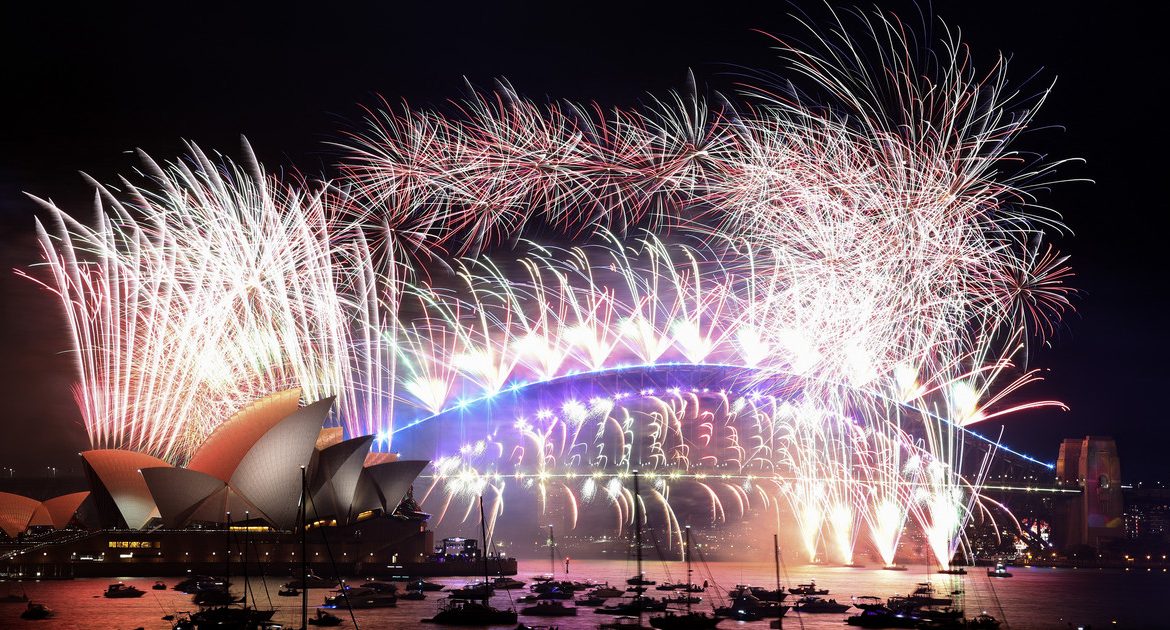 In Sydney, Australia, the year 2022 was greeted with prosperity – brilliant fireworks erupted in the harbor above the famous Opera House.

The famous 12-minute fireworks display began in Sydney in 2022.

Aucklanders kick off 2022 with a light show in New Zealand’s most populous port city.

How was Asia celebrating?

In Asia, most festivities have been restricted or canceled. In South Korea, the traditional midnight bell ceremony has been canceled for the second time. Events in Tokyo’s Shibuya entertainment district have also been cancelled.

Japanese Emperor Naruhito prayed for those who died during the pandemic, recording a video of New Year’s wishes for the second time in a row /

Sitting in front of a bonsai tree with his wife Masako, Naruhito praised and thanked doctors and other healthcare professionals, and expressed concern about countries where vaccines are scarce.

See also  Where is "Shang-Chi" broadcast online for free at home?

“By valuing relationships between people more than ever, sharing our pain and supporting each other, I hope we can overcome these difficult times from the bottom of our hearts,” he said.

China has welcomed the New Year on high alert due to COVID-19. Xian City has been closed down while many events in other cities have been cancelled.

The popular Happy Valley theme park in Beijing has canceled its New Year’s party, and Happy Valley Park in the eastern city of Nanjing has also canceled a drone show and fireworks from its festivities programme.

Large crowds gathered in Dubai to welcome the new year with a spectacular display of fireworks. A special laser show was held at the Burj Khalifa.

In India, fearing a repeat of the devastating wave of virus that swept the country in April and May, cities have imposed restrictions on gathering. There is a curfew in Delhi on 22. The Mumbai police have issued a ban on visiting public places such as city beaches and waterfront promenades, which are usually popular places to visit in the new year – and the restrictions are set to last for two weeks.

It passed midnight in Paris without a scheduled fireworks display as city officials canceled scheduled events on the Champs Elysees.

In the Netherlands, where outdoor gatherings of more than four people are forbidden, police dispersed several thousand people who had gathered at Dam Square in central Amsterdam, the national news agency reported.

In London to celebrate the New Year, Big Ben made its first call since 2017.

Fireworks and light shows lit up the night sky in London.

Meanwhile, Madrid residents queued for hours to get to the main square, Puerta del Sol.

A light show was held at the Brandenburg Gate in Berlin.

How does Russia celebrate? Freezing temperatures didn’t stop dozens of Russian swimmers from taking their traditional annual dip in the waters of Lake Baikal on New Year’s Eve.

Don't Miss it Clariant Office Interior. Finalists and winners of the PA XXL Public Referendum Award.
Up Next Israel buys helicopters and air carriers from the United States