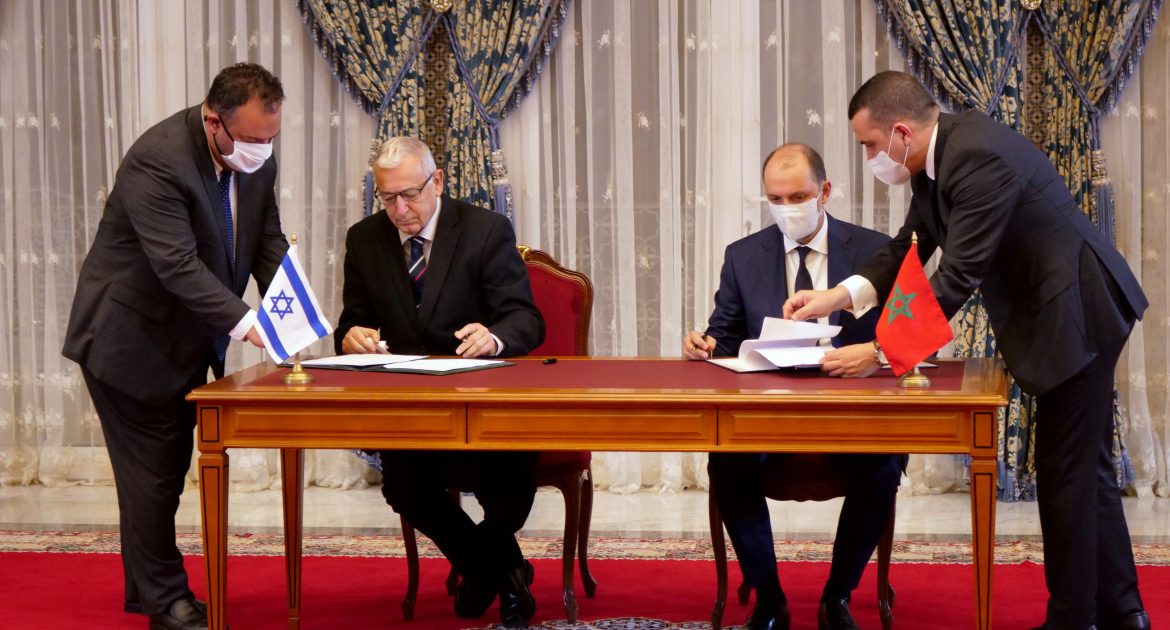 King Mohammed VI welcomed the renewal of relations and said that his country’s position towards Palestine has not changed.

Netanyahu’s office said that Israeli Prime Minister Benjamin Netanyahu and Moroccan King Mohammed VI had a telephone conversation during which the Israeli prime minister invited the king to pay a visit.

On Friday, the two leaders spoke of moving forward with a US-brokered deal announced earlier this month to normalize bilateral ties, according to the Israeli statement.

Mechanisms and mechanisms for implementing agreements have also been identified.

Israel and Morocco are also slated to reopen diplomatic offices.

The royal court said in a statement that King Mohammed VI emphasized the close ties between the Moroccan Jewish community and the monarchy.

Morocco has the largest Jewish community in North Africa with a population of about 3,000, and Israel is home to 700,000 Jews of Moroccan origin.

Palestine’s position has not changed: Morocco

While welcoming the resumption of relations with Israel, the king said that Morocco’s position on Palestine has not changed.

Rabat calls for a two-state solution and the uniqueness of Jerusalem as a city of three religions.

Morocco closed its Tel Aviv liaison office in 2000, at the start of the Second Intifada.

The North African country became the third Arab country this year, after the United Arab Emirates and Bahrain, to normalize relations with Israel under US-brokered agreements, while Sudan has pledged to follow suit.

The Palestinians denounced these deals, describing them as a betrayal of a long-standing demand that Israel first meet their demand for statehood.

As the Trump administration sought to isolate Iran, the normalization deals were settled with promises of trade opportunities or economic aid.

Both Israel and Morocco expect a tourism boom in such relationships, especially among the hundreds of thousands of Israelis of Moroccan origin.

Israel’s new partners also enjoyed bilateral benefits from Washington – in the case of Rabat, the United States’ recognition of its sovereignty over Western Sahara.

Don't Miss it Covid-19: France discovers first case of novel coronavirus | world News
Up Next COVID-19: Trials begin treatment with antibodies that can prevent disease in those recently exposed to UK News