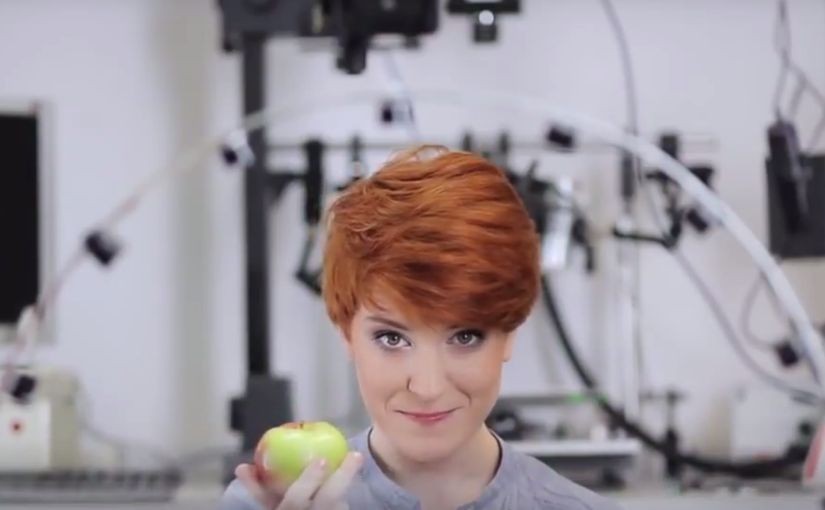 Doctor Monica Koperska, a chemistry specialist in art conservation and color theory and its degradation. Powerful science publisher and author of popular science programs. Co-founder of the Society of Science Advocates. She wrote her master’s thesis on the photolysis of natural pigments, and her doctorate was devoted to the problems of halting silk degradation processes eg Wawel banners. Still full of energy and ideas, she agreed to tell us about her passion, thoughts and plans for the future.

Marius Boński: I saw on your website that you are a Doctor of Chemical Sciences, a specialist in Conservation Chemistry, a Graduate Studies in Krakow and Lille. You work with many institutions, with the Foundation for the Development of Education, with the Copernicus Center for Science, with the Adamed SmartUP Foundation… Please tell me, are you a scientist or a famous scientist?

Monica Koperska: (laughs) You can’t, because it’s way too psychological. Because today I woke up and was thinking about it.

Most scientists aren’t connected to science, are they? They go into their domain and don’t try to reach the people with it.

Well, well, I have something in my head from time to time the phrase “This is what Zarathustra would say.” There the Lamb said that Zoroaster is no longer a scholar. However, let us remember that the laws of every university and most universities in Poland include the popularization of science in society. From this point of view, officially, everyone working in a research position at such a university is obligated to popularize science. The lack of practice of this, and it is not very common among scientists, could be related to various factors. It may be caused by the conditions of the scholars, or related to their personalities. On the other hand, we, as scientists, theoretically have a mission imposed by the university, not only to conduct research and advance science, but also to communicate our inventions and discoveries to the wider community. This is not talked about, but it is.

I try to remind you of it. Anyway, the association I’m headed, the Association for Defenders of Science, brings together 73 people from different universities in Poland, and these are really top scientists and very ambitious people who want to promote, who know how to promote and do it themselves, or we do it together as a group.

Coming back to the question of whether I am more of a scholar or more famous… I think I’m still the same as I was at the beginning. When I only worked on art preservation chemistry and didn’t publicize it enough, I spread the secrets of chemistry by talking to art restoration officials. I had to explain to them what we observe in the lab using different instruments for more in-depth analysis.

Hence, it seems to me that this degree of promotion may appear in science at different stages and in different dimensions. In interdisciplinary science, day-to-day action is needed, and promotion to the general public is not required to do science every day, although there are exceptions in the form of citizen science, where the public is already involved in the data collection and experimentation phase.

I understand. But the truth is that this falls somewhat short of reaching the average bread eater with the scientific message. On the other hand, it is not easy and definitely requires the right personality from the world.

Yes it is. It requires proper character, it requires preparation, it requires the distribution of priorities, it requires an awareness of what generalization will give us and what science gives us. I see fun in both. Hence I move like an electron in these tasks. In fact, I have days when I feel like a scientist, or feel like a science communicator. Although I still think I’m alike all the time. Perhaps I will be more active in showing both sides of the profession of being a scientist.

See also  Another industrial park with a mural. It is the work of Jakub Bitka and Łukasz Chwałek

Don't Miss it Wimbledon: Danio Medvedev commented on the defeat to Hubert Hurkacz. Big self-criticism of the Russians
Up Next Paddington 3. Filming for Unruly Bear will start next year