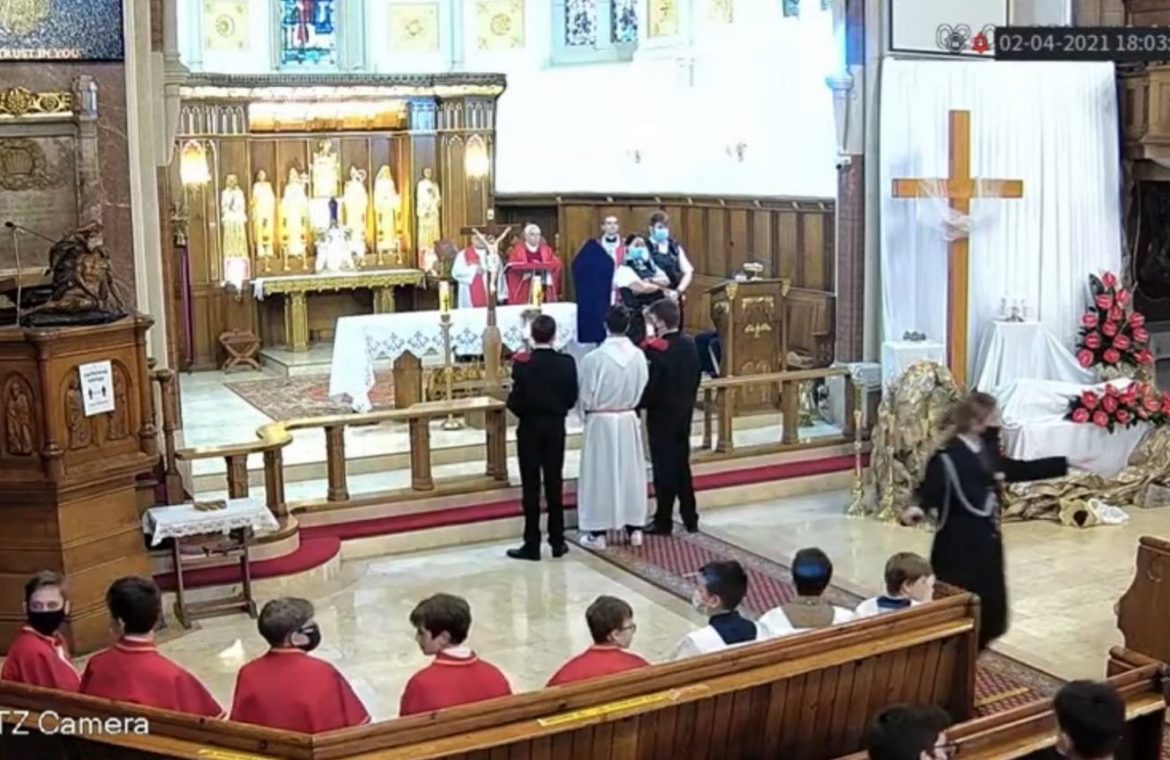 British officers on Friday the police Balham entered the Polish Church in London, interrupted the Mass and ordered the faithful to leave the temple. Police officers claimed that there was a breach of restrictions related to pandemi ±. The video clip of the incident shows that some of the worshipers did not wear their masks properly, and others did not have them at all.

Unfortunately, this gathering is illegal due to the regulations currently in place due to the Coronavirus. According to the law, you cannot meet here in such a large group. You should go home now. Failure to do so may result in a £ 200 fine. However, refusal to provide data could lead to arrest – one officer warned

Watch the video
Stricter safety standards in churches. “The main challenge is compliance with these restrictions.”

The parish of Bilham pointed to the matter. As the statement said, “The police brutally exceeded their powers by issuing an arrest warrant without a valid reason, as all government requirements were met.”

“We believe that municipal police officials have been misled about the current guidelines for places of worship, claiming that the reason for their intervention is the ongoing ban on public celebration in places of worship in London, due to the closure imposed from January 4, 2021, the statement reads. “The rights of the faithful were oppressed on such an important day” and “worship was desecrated.” She added, the heads of the Polish Catholic Mission in England and Wales were informed of this incident, and the police were asked to explain the matter.

See also  Russian Nobel laureate soaked in paint. This is for our children.

“The latest government guidelines issued on March 26, 2021 and the Episcopal Conference in England and Wales on Living Passion Week clearly allow – with all sanitary rules – to celebrate in places of worship with the participation of the faithful,” the statement said. The parish called on the believers to observe the restrictions so that such a situation would not happen again.

Don't Miss it The data of 500 million people, including many Poles, leaked from Facebook. System weakness
Up Next Złotorudy Grall – A needy blind dog looking for a home