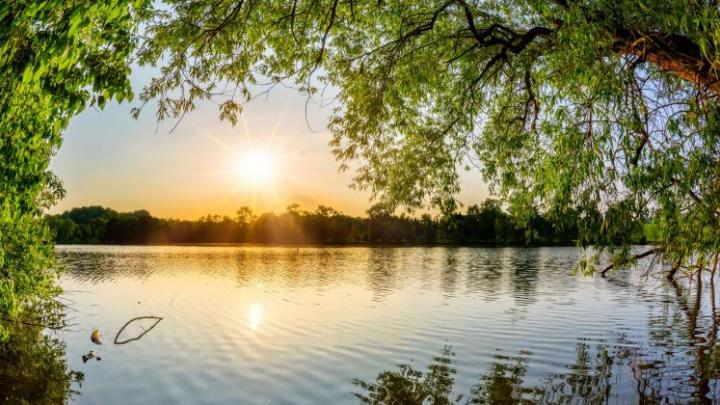 The surface of lakes around the world is shrinking due to climate change. An example is the Caspian Sea, the largest lake in the world, which is shrinking rapidly, as scientists write in “Earth and Environment Communications.”

Global climate change not only affects the oceans, but also inland waters. Lakes are drying up, and a great example is the Caspian Sea, the largest lake in the world.

Because of its salinity (one third of the salinity of the oceans), the Caspian Lake is called the sea. However, it has nothing to do with the oceans, and is mainly fed by the waters of the Volga River. The water level in a lake is the balance of the amount of water brought in by tributaries, rain and evaporation.

As a result of climate change, sea and ocean levels are rising, threatening coastlines. However, in the case of inland waters, the opposite direction can be observed – the lakes dry up. While the effects could be catastrophic, little has been said about them yet, researchers from the German-Dutch team write.

The Caspian Sea can be considered representative of many other lakes around the world. Many people do not even know that climate change is causing the surface area of ​​lakes to decrease dramatically, as our scientific models show, ”describes Matthias Prang of the University of Giessen (Germany).

According to scientists, as a result of climate change, the water level of the lake may drop by up to 9-18 meters over a century, and this will not only affect the ecosystem, that is, the diversity of species and their habitats, but also the economy of many countries, such as fishing and tourism . Kazakhstan, Turkmenistan, Iran, Azerbaijan, and Russia are located on the Caspian Sea.

In the future, scientists will likely treat the drought of the Caspian Sea as a model for the impact of climate change not only on nature, but also on the economy and social life.

Don't Miss it New Year 2021. Illegal party in Brittany. 200 tickets and clashes with the police
Up Next United Kingdom: An industrial warehouse explosion. Media: There are many victims of the outbreak