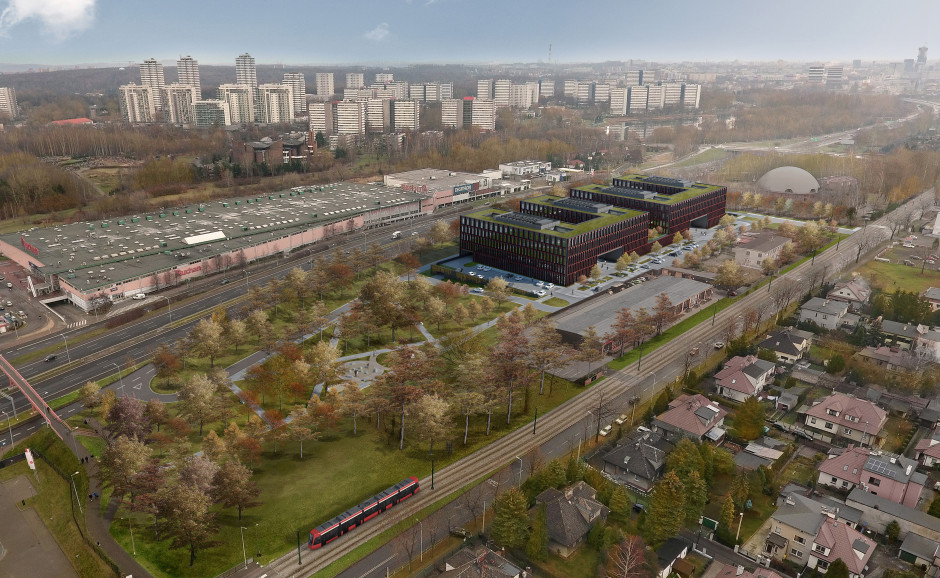 The decision was made in the competition to design the building of the Office of the Prosecutor General in Katowice. The winning design belongs to studio Ostrowscy Architekci. The inspiration for this realization was the paragraph symbol – say the authors.

The winning team from the architectural office in charge of the project is Arch. Yaroslav Ostrovsky, Sagittarius. Dagmara Ostrovska, arch. Marek Fengler, Sagittarius. Wojciech Miziraki, Sagittarius. Patrija Sewak. What do the authors themselves say about the project?

Also see -> A luxury boutique hotel is being built in the center of Katowice. This is a good time design project

The concept assumes the creation of a modern and sustainable building with a contemporary architectural expression, in line with current trends in shaping public institutions space. A building this way, through its scale, civic personality and dignity, will harmoniously complement the existing urban fabric, creating a new visual value on the way into the provincial capital. The space in question, in which the most serious violations of ethical principles are examined and analyzed, and in which answers and facts are sought, resulted in the design of a monumental building in a simple, legible and unambiguous manner, which is distinguished by its expressiveness and character inspires confidence, and reflects the importance and seriousness of the institution that is the Office of the Prosecutor – Ostrowscy Architekci says.

See also  Studio apartment in a historic house: designed by Karol Ciepliński Architect. It was a challenge!

The graphic symbol of the Paragraph, the primary editing unit of the legal text, and the basis for the Office of the Prosecutor’s work as the guarding authority of the rule of law, served as an inspiration for the way the building’s tectonics were formed. The paragraph symbol consists of two interconnected units that form one whole with three separate “insides”, the outer portion of which opens in two different directions.

The graphic symbol referred to in the language of architecture was applied and served as an approved model in the method of forming the structure of the building. The principle adopted allowed the creation of many parts of the buildings facing each other and positioned one on top of the other, creating green urban interior spaces, open in different directions, allowing for adequate lighting and ventilation.

Don't Miss it Arctic air in Europe. It is winter in Croatia
Up Next The enduring appeal of retro games