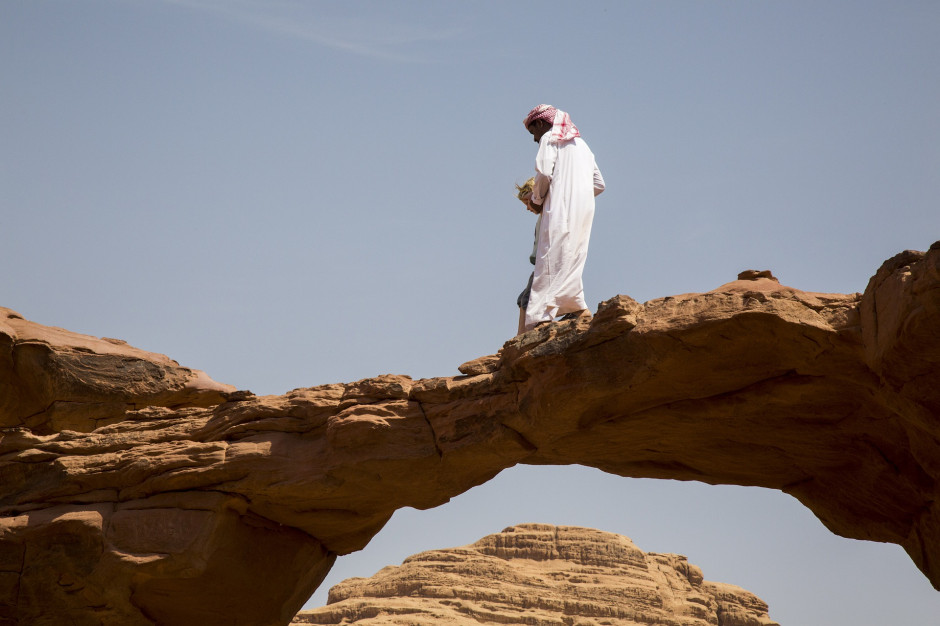 Hamza bin Hussein, half-brother of Jordan’s ruler Abdullah II, was arrested on Saturday by military men who kept him under guard and prevented contact with the outside world. Hamza is suspected of being involved in a plot to undermine the stability of the country.

Chief of Staff Yusef Al-Huneiti said on Saturday evening, “We appealed to the emir to stop the procedures and moves that might threaten Jordan’s security and the stability of the monarchy.

The general indicated that Prince Hamzah, who was declared heir to the throne in 1999 according to the will of the former king of Jordan, but stopped assuming the throne in 2004, was not official. Al-Hunaiti also confirmed that there is a “transparent investigation” into Hamza’s behavior, and its results will be presented to a wide audience soon. “No one can be above the law. Only the security and stability of Jordan take precedence over everything that concerns us,” he added.

And the Jordanian News Agency (Petra) had reported earlier on Saturday that “at least two dignitaries in the immediate circle of the king have been arrested for security reasons.” Among those arrested were Sharif Hassan bin Zaid, Jordan’s ambassador to Saudi Arabia, and Basem Ibrahim Awadallah, head of the court’s office. Awadallah – according to Reuters – was Minister of Planning in the past, and he was also Minister of Finance.

The Washington Post reported that more than two dozen high-ranking officials were arrested on Saturday. The newspaper cites the opinion of a former administration official, an expert in Middle East affairs, who assessed that it was a plot “that has not yet taken the form of a coup.” Jordan is a strategic partner of the United States in the region. The country’s military and political cooperation with the United States is, among other things, a guarantee of Israel’s security, reports Reuters.

See also  Ford continues to invest. £230 million for a plant in the UK

And the interested Prince Hamzah bin Hussein recorded a brief statement about the events of Saturday. His lawyer has sent a video clip of the family’s letter to the BBC. The former heir to the throne said in the statement that he is “under house arrest and deprived of any possibility of contact with the outside world.”

He stressed that “I have never participated in any foreign conspiracy.” He added that his brother’s regime is “full of corruption.” He considered his arrest “a very regrettable and sad step.”

Prince Hamzah also said that the Chief of the General Staff paid a personal visit to him on Saturday, during which he informed him that “it is not permissible for him to leave his apartment or contact or meet in person with anyone.”

Prince Hamzah, 42, is from the Hashemite family. In the years 1999-2004, according to his father’s will, he was the heir to the throne that was announced after his coronation, the current King of Jordan, Abdullah II. In 2004, he changed his mind and declared his son Hussein, now 26, to be the heir to the throne.

Excluded from his chances of ascending the throne, Prince Hamzah graduated from Harvard University and the Royal Military Academy Sandhurst in Great Britain. He serves in the Jordanian army with the rank of lieutenant colonel.

The events in the Jordanian capital, Amman, caused unrest in the United States and countries in the region. Egypt, Lebanon, Saudi Arabia and Bakhrine expressed their absolute support for Jordan’s legitimate ruler, King Abdullah II, and for his “efforts to ensure stability in the country and the region.”

See also  Who won the Eurovision 2021 competition? Summary and list of winners

Jordan – as Reuters indicated in its commentary – is currently going through a very difficult period. The coronavirus epidemic has had a negative impact on the socio-economic situation in this country of 10 million, which, in addition to the entire group of Palestinian refugees, has received 600,000 in recent years. Refugees from war-torn Syria. “

Don't Miss it Easter Sunday in Sławno for a walk. Where do we look for free space? Pictures
Up Next Weather for today – Monday, April 5th. Sunny with showers