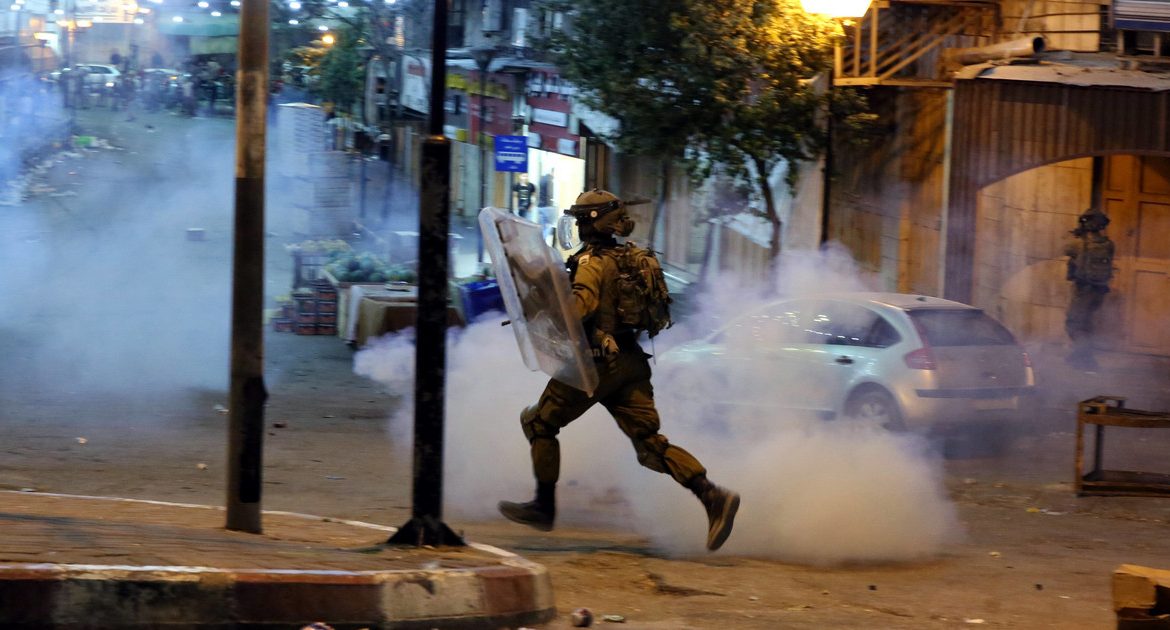 The bombing was an Israeli response to the rocket attacks launched by Hamas on Israeli territory. The explosion is the latest escalation in the wake of the most dramatic clashes yet between Palestinians and police on the Temple Mount and Al-Aqsa Mosque in Jerusalem.

The rocket fire from the Gaza Strip began on Monday evening. More than 200 rockets hit cities in the southern suburbs of Jerusalem and cities in southern Israel, some of which were intercepted by the Iron Dome missile defense system. According to the Israeli army, six Israeli civilians were injured.

Israeli Prime Minister Benjamin Netanyahu described the attacks on Jerusalem – the first since 2014 – as crossing a “red line” and declared that the fighting could “continue for some time.” The answer was the biggest bombing wave on Hamas territory in Gaza. According to the IDF spokesperson, Jonathan Conricus, there were 130 attacks on targets linked to Hamas.

“According to our current estimates, we have killed 15 members of Hamas and Islamic Jihad,” the spokesman said.

According to the Ministry of Health in Gaza, 22 people were killed in the past hours and 100 others were injured. According to the Palestinian Authority Agency, at least 15 deaths occurred as a result of the Israeli bombing. The other seven are the result of an explosion in a house in Beit Hanoun, north of Gaza, but it is not known whether it was the result of an Israeli drone strike or an Islamist missile that was launched by mistake.

See also  Mette-Marit suffers from a terminal illness. She appeared in public with her husband

The escalation came after a violent day in Jerusalem. As a result of clashes with the police, including. 700 Palestinians were injured inside the Al-Aqsa Mosque, the third holiest site in Islam, of whom nearly 500 were hospitalized. Tensions increased with the celebration of the holiday, which commemorates Israel’s annexation of the Arab part of Jerusalem, and the attempts of Jewish settlers to evacuate some Palestinian families in East Jerusalem.

Don't Miss it Sopot: Up to 260 projects in the civilian budget. “Buy air rifles and learn how to shoot for students”
Up Next Will UK Lockdown Postpone The Witcher Season 2 Premiere?