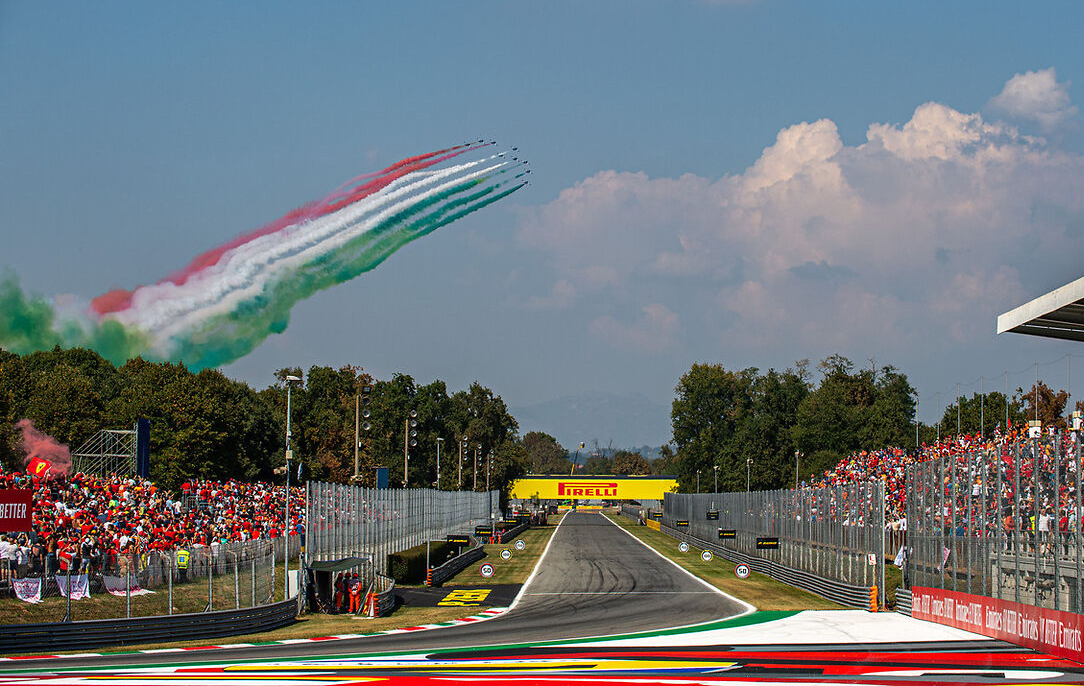 F1 racing is not only a competition for the best drivers in the world, but it is often an opportunity to make effective presentations. Among other things, the planes that fly over the track before the start of the competition. But starting from the 2022 season it will end.

According to racingnews365.com, Formula 1 promoters have received a document stating that from the 2022 season, flights and planes will be banned before competition begins. This type of show has become the norm.

The planes can be seen every year, among other things on the occasion of the Italian Grand Prix, when they blew special dyes into the air that formed the national flag in the sky. Airplanes also accompanied the British Grand Prix, in reference to the Silverstone tradition, because the current racetrack was once a military airfield.

In the document received by race promoters, F1 makes clear its decision with the will to fight for the environment. Airplane and aircraft shows generate unnecessary emissions, while the queen of motorsports has outlined ambitious plans to pursue carbon neutrality. Therefore, it is committed to reducing carbon dioxide emissions.

According to F1, the display of aircraft can also be taken as evidence of their military might, which is what the motorsport queen wants to avoid by promoting world peace.

On the other hand, Formula 1 has left the door open in the field of civil aircraft, which will be able to present themselves during the races, but under certain conditions. There are many indications that this is a reference to the main sponsors of this specialty – the Emirates.

It has become customary that during Formula 1 races in the Persian Gulf, planes promoting domestic airlines appear in the sky. It will still be allowed as long as companies use sustainable fuels for such test flights. Such was the case with the Bahrain Grand Prix in 2021, when a Gulf Air Boeing 787-9 Dreamliner flew over the Sakhir circuit. It was powered by second generation biofuels supplied by Neste.

Read also:
The end of litigation in F1. Aston Martin can win
George Russell will be loyal. Will this help him succeed?

Don't Miss it Battlefield 2042 – Patch 3.2 coming soon, more on the way
Up Next Qualcomm, Vodafone and Thales are working on an iSIM. How will the new solution be better than the eSIM and when will it appear?