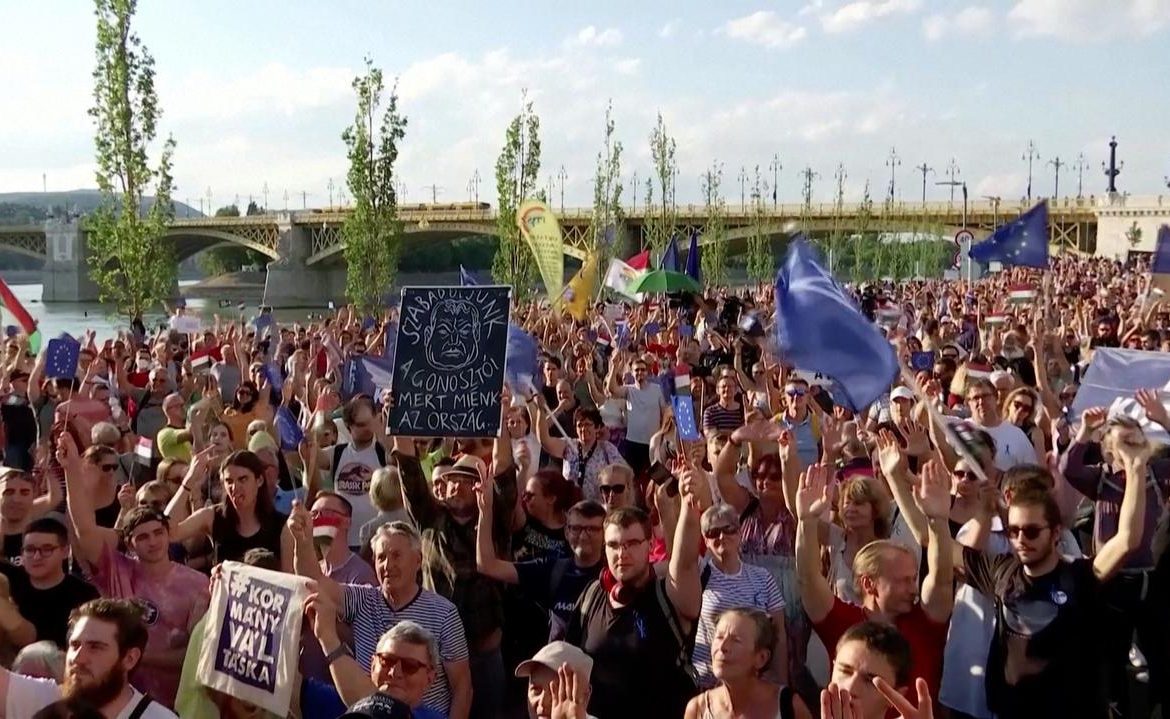 Hungarians continue to protest Parliament’s adoption of a government law restricting the use of a favorable tax rate for small businesses.

Demonstrations began in Budapest on Tuesday after parliament passed a reform that protesters said would raise taxes for hundreds of thousands of small businesses. This was the first serious social protests of its kind, AFP noted Hungary Since the next party victory vids In the parliamentary elections in early April.

At the end of the week, the Hungarians continued their demonstrations. On Saturday, about 6,000 people protested in Budapest. As the British newspaper “The Guardian” described, they marched on the streets of the capital chanting, among other things, “Get out Urban.” – It’s crazy what (the referees) did. This will not lead to an increase in the budget – she said in protest against Ilona Pusztai, a 37-year-old lawyer.

The protest was made by Peter Markie G., who headed the united opposition in the parliamentary elections in April, but lost to Viktor Orban. Among other things, he considered Orban’s election promises “turned out to be a lie”.

The Guardian also quoted Viktor Orban as saying in a regular radio address on Friday that changes to the tax code were “good and needed”.

Orban is facing the toughest challenge since he took power in 2010, after a major political and economic crisis, the highest in two decades. inflationA record drop in the forint exchange rate and the suspension of European Union funds in the face of a dispute over democratic standards, Reuters comments.

A controversial law by the government of Viktor Orban

On Monday, Orban’s government submitted amendments to Parliament, radically tightening the conditions for small businesses to use the simplified tax system. According to the government, the current regulations have been abused by many companies. After the amendments are approved on Tuesday September 1, small businesses will not be able to pay taxes, among others, such as graphic designers, musicians or filmmakers, as well as therapists, as well as people who do overtime.

According to the Telex portal, according to the new regulations, at least 300,000 of the 400,000 people who currently pay taxes for small businesses will have to choose a different, less favorable tax method, reducing their income or they will have to abandon their business.

The head of the Prime Minister’s Office, Gergeli Golias, said at the conference on Wednesday that the tax burden on some people who have so far paid the kata tax will be higher, but still lower than the taxes paid, for example, by teachers or nurses.

Read also: A sudden rise in interest rates in Hungary

See also  Pope Francis: "When speeches are too long, people go out to smoke a cigarette." Lace also blasted | world News
Don't Miss it Biden confirms. “The United States will not give the Middle East to China, Russia or Iran” – O2
Up Next Verification in InPost Mobile. You must enter a 6-digit code