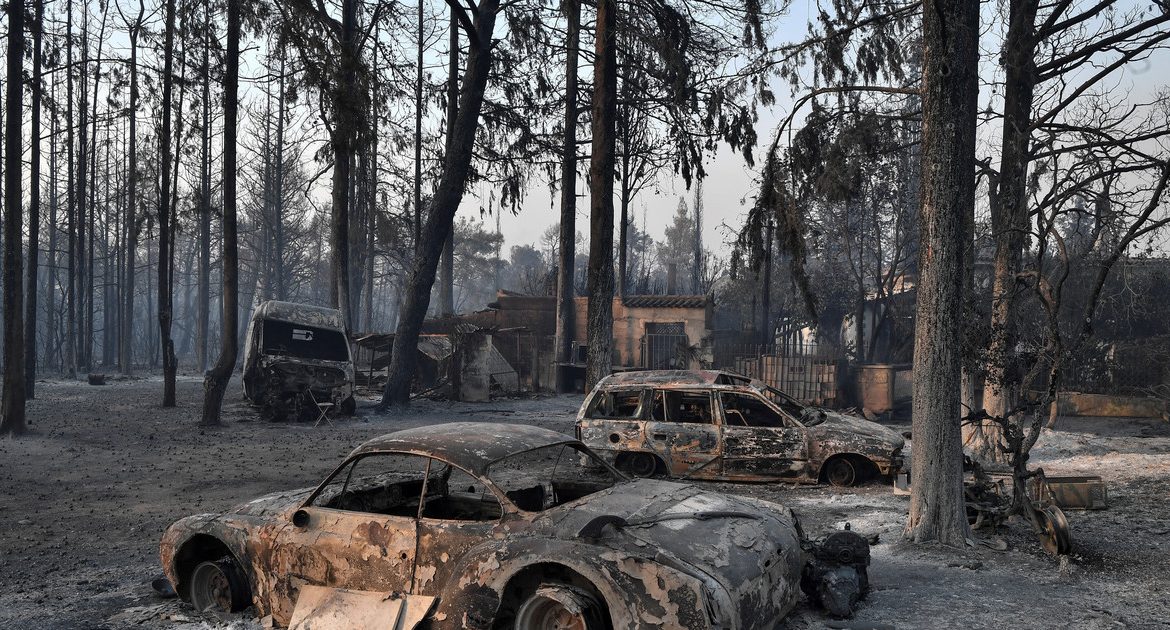 In addition to the firefighters, the army, nine helicopters and five aircraft were involved in the fight against the elements. Despite a record heat wave in Greece recently, the Greek scientific foundation of the National Observatory advised Athena residents not to open windows and go outside.

– It was another very difficult night. We still have a lot of work to do, said Deputy Civil Defense Minister Nikos Hardalias. But he added that firefighters were able to reduce four fires to one.

The fire broke out on Tuesday in Warimbombe town, 20 km north of Athens city centre. Due to high temperatures, even below 46 degrees Celsius, the element spread to other cities, forcing their residents to leave their homes and destroying buildings and cars. The government announced that it would provide hotel rooms for people who had to flee.

Large fires were also recorded Wednesday morning on the island of Evia and southwest of the Peloponnese.

The heat wave in southern Europe, exacerbated by hot air masses from North Africa, also led to fires in Turkey, Albania and the Mediterranean islands, including Italian Sicily.

The heat in Greece – it’s very hot even at night

On a Monday or Tuesday in Thessaly, thermometers showed up to 47 degrees Celsius. The record set so far in the region’s capital, Larissa, is 45.4°C The sweltering heat will not miss the capital of Greece, Athens, where 44-45°C is forecast, and 28°C at night.

A heat wave can last for a long time. From Wednesday, the temperature drops slightly, but is still close to 40 ° C, and more noticeable cooling will come at the end of the week, when the mercury bars appear on average 10-12 ° C lower than now, that is, about 32 -35 ° Celsius Unfortunately, this will not be a permanent decrease in temperature and it is likely that towards the end of the first decade of August, the Greeks will once again face heat of over 40 °C.

Don't Miss it Tokyo 2020. USA is better than Spain. Rubio and Durant show
Up Next PlayStation “accelerates investment”. Ratchet & Clank games and PC have succeeded