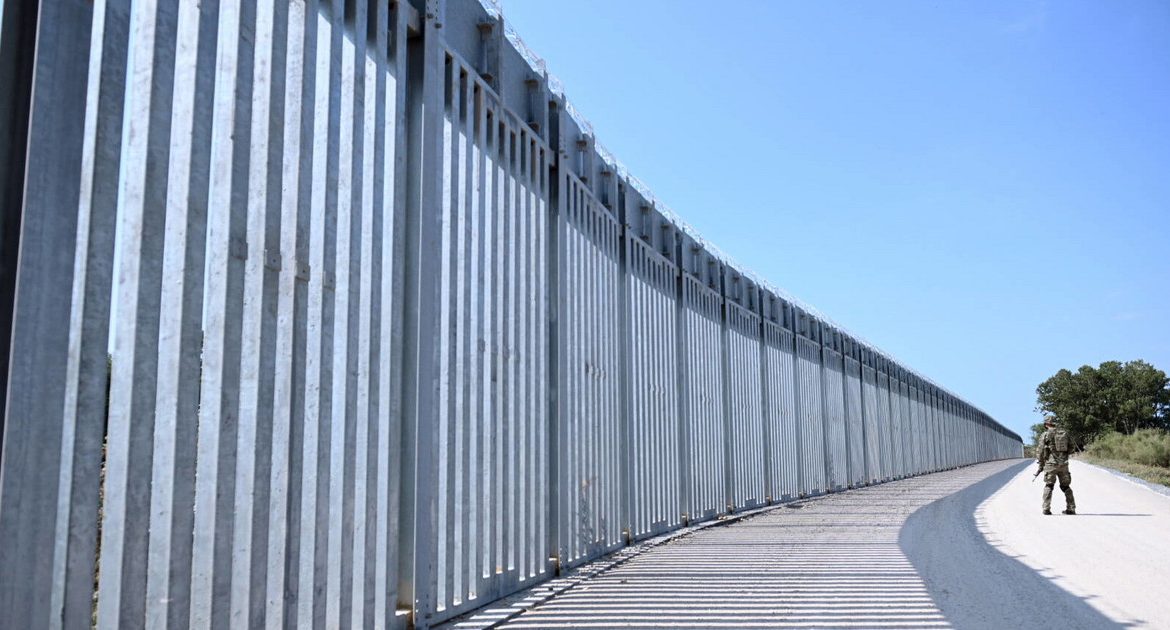 The Taliban’s takeover of Afghanistan in August raised fears in Europe of a repeat of 2015 when nearly a million asylum seekers, mostly Syrians, fled to Europe, fleeing from Turkey to Greece.

As part of a tight immigration policy, Greece opened a vast asylum facility, which is heavily guarded and surrounded by barbed wire, earlier this month, funded by the European Union.

“We will not accept out-of-control flows of migrants similar to those we saw in 2015,” the Greek prime minister told reporters on the return flight to Athens. He added that Europe must work with Afghanistan’s neighbors to ensure that refugees remain in the region.

“Greece received 26 Afghan female lawyers and judges with their families on Thursday, but such cases ‘will be an exception,'” Mikotakis said, adding that ‘they cannot be seen as an attraction.’

Greece fences itself off against immigrants

Afghanistan has plunged into economic crisis since the Taliban took power on August 15. The International Committee of the Red Cross said, Thursday, that the country will face widespread starvation “within weeks”.

but Greece says it does not want to become a gateway to the European Union again It recently completed the construction of a 40 km fence in the Evros region on the border with Turkey.

“We were able to send a message to the smugglers and their agents that making the dangerous journey across the Aegean could be a waste of money,” Mikotakis said.

Off the beaten track, the new immigrant facility on Samos serves 3,000 people. People will work under strict rules. Departure and return is possible from 8 am to 8 pm, identification documents and fingerprints will be scanned at the gate.

A center for migrants called “Camp of Shame”

The Greek government plans to build similar facilities on other islands near Turkey, claiming that they will be a safe haven for asylum seekers. In turn, human rights organizations claim that they can become prisons.

Before visiting the new camp on Samos, Prime Minister Mykotakis met with the authorities of the former migrant center – Vathy, an overcrowded, rat-infested tent city where 7,000 people lived. Persons. He described it as a “camp of shame” and “a stain on human dignity”.

Vathi and the Moria camp on Lesvos, which burned down last year, have become emblematic of Europe’s inadequate response to the migrant crisis on its southern border.

Mykotakis called for a common EU immigration and asylum policy, saying that solidarity “cannot be limited to financing the construction of modern camps”.

Don't Miss it How do you fly to the United States? Lots of action, but the planes are full
Up Next Grand Prix of Poland – Torun: report and live results – 02.10.2019