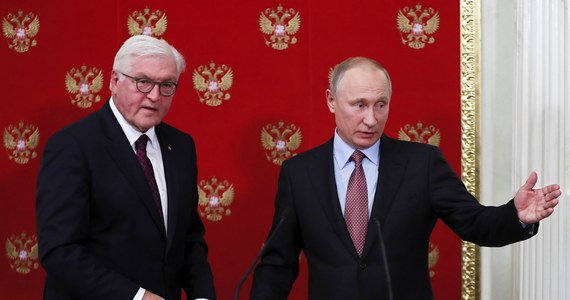 German President Frank-Walter Steinmeier admitted in an interview with journalists that he had made mistakes in communications with Vladimir Putin and in his policy towards Russia, including support for the Nord Stream 2 gas pipeline.

Frank-Walter Steinmeier spoke to reporters at Bellevue Palace in Berlin. His comments were quoted by Eckhart Lohse, a journalist at the “Frankfurter Allgemeine Zeitung”.

The German president admitted that support for the Nord Stream 2 gas pipeline was a mistake in his policy towards RussiaWhich he described last year as a “bridge” in Russian-German relations. We focused on building bridges that Russia no longer believed in and that our partners warned us about – added.

Chief of state He admitted that he misjudged Putin “like others”.. As he explained, he was convinced that “(Putin) would not accept the complete economic, political and moral ruin of his country in the name of his imperial obsession.” As long as Putin remains in power, there will be no return to the status quo ante – Steinmeier confirmed, citing “FAZ”.

The president admitted that Germany “failed to create a common European homeland, including Russia.” The approach to engaging Russia in a common security architecture has failed – added.

When asked about the critical statements of Ukrainian Ambassador Andrei Melnik in his speech, Steinmeier defended himself against the accusation of indifference to the fate of Ukraine, he wrote “FAZ”.

See also  Wuhan - mass testing. Survey of 11 million residents for fear of an "outbreak" of the delta | News from the world

In an interview published in the Saturday issue of the newspaper Tagesspiegel, the Ukrainian ambassador strongly criticized Steinmeier Building a network of relations with Russia over decades. A week ago, Melnik accused the president of inviting Russian artists to participate in the “Concert of Solidarity with Ukraine”. The ambassador considered it an insult and categorically refused to participate in the event.

Zelensky invited Merkel to Ukraine. There is a response from the previous advisor

Don't Miss it The first Amazon Trade Syndicate will be created in the USA. The company is considering the objection
Up Next Did you lose this poster? Intel will give you a new one for free