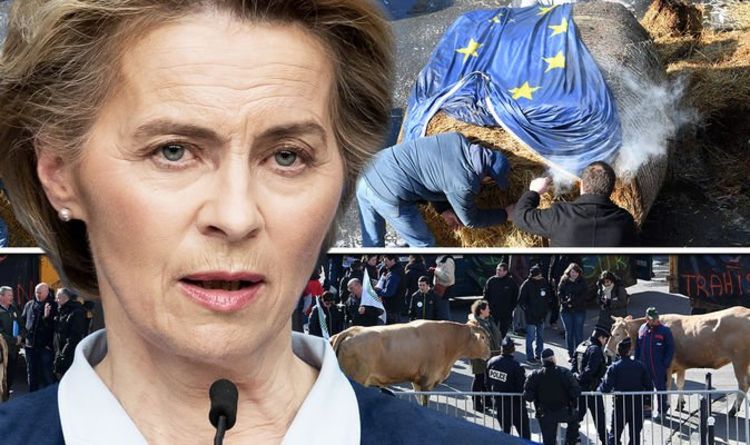 French farmers drove tractors through city centers and closed highways to oppose additional agricultural imports from South America, increasing pressure on President Emmanuel Macron to press a new trade deal. The European Union has negotiated a preliminary agreement for a free trade agreement with the Mercosur bloc, which includes Brazil, Argentina, Uruguay and Paraguay. The main priority for the South American countries was access to the European agricultural market, as they hoped to sell meat, poultry and other products. After 20 years of stalemate, Brussels has clashed with Brazil over the export of sugarcane ethanol, as the Brazilian government, along with its allies, requested more access to European customers.

Brussels eventually approved the request in 2019 after farmers in Europe had already voiced their concerns.

EU negotiators have been warned against increasing their market access for Mercosur beef as this would anger farmers at major European livestock producers like France.

Protesters took to the streets across France in small groups in 2018, blocking traffic and raising banners.

An organization representing European ethanol companies, ePure, has claimed that the European Union has thrown industry and farmers “under the bus” and criticized the bloc for hypocrisy when a preliminary deal was reached.

“The deal offers concessions to Mercosur countries on ethanol, which is essentially sacrificing the EU’s agriculture sector – and domestic production of a renewable energy source – in exchange for gains elsewhere,” she said.

“By agreeing to open its market to Brazilian ethanol, the European Union is contradicting its efforts to increase domestic renewables in transport, killing incentives to invest in advanced ethanol, and making life more difficult for farmers in Europe who are already struggling.

Read more: How the European Union “threw farmers under the bus” a disastrous trade deal

The French government said in a statement: The draft agreement does not include any clause to impose discipline on the practices of Mercosur countries in combating deforestation.

A spokesman for German Chancellor Angela Merkel said earlier this month she had expressed “great doubts” about the deal, given the extent of deforestation.

Parliaments in Austria, the Netherlands and the Belgian region of Wallonia have also indicated their opposition to the deal in its current form.