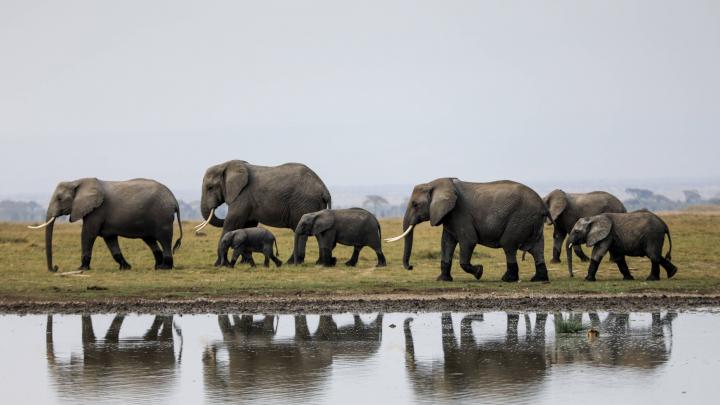 Satellite imagery and AI algorithms allow you to count elephants from space. Technology will help protect these endangered animals, the scientists wrote in “Remote Sensing in the Environment and Conservation.”

Satellite imagery will allow monitoring of African elephants living in the wild. Algorithms have been developed to identify elephants in images by abstracting them from the background. New surveillance technology should help protect these animals.

Scientists from the University of Bath (UK) decided to automate satellite monitoring of African elephants living in the wild. The challenge, however, was the diversity of the forest and savannah landscapes in which these animals lived.

It’s easy for humans to spot elephants in pictures, but the problem is computer teaching of this skill. New software using artificial intelligence, developed by British scientists, allows identification efficiency to be on par with the human eye.

Satellite monitoring could be more effective than that of aircraft. It covers a larger area and can be refreshed every few minutes, eliminating double counting of the same individuals. Animals are also not bothered by the presence of humans.

Scientists hope that similar satellite monitoring may soon be applied to smaller animals.

The number of African elephants has decreased rapidly over the past century. Currently around 40-50 thousand. Individuals. This is due to loss of natural habitat and poaching.

See also  GIS 2021 Conference: How GIS is Saving the World
Don't Miss it Is Schroeder behind the foundation save Nord Stream 2?
Up Next She played the role of Marusia in the cult movie “U Pana Boga za Partem”. Today she is 48 years old