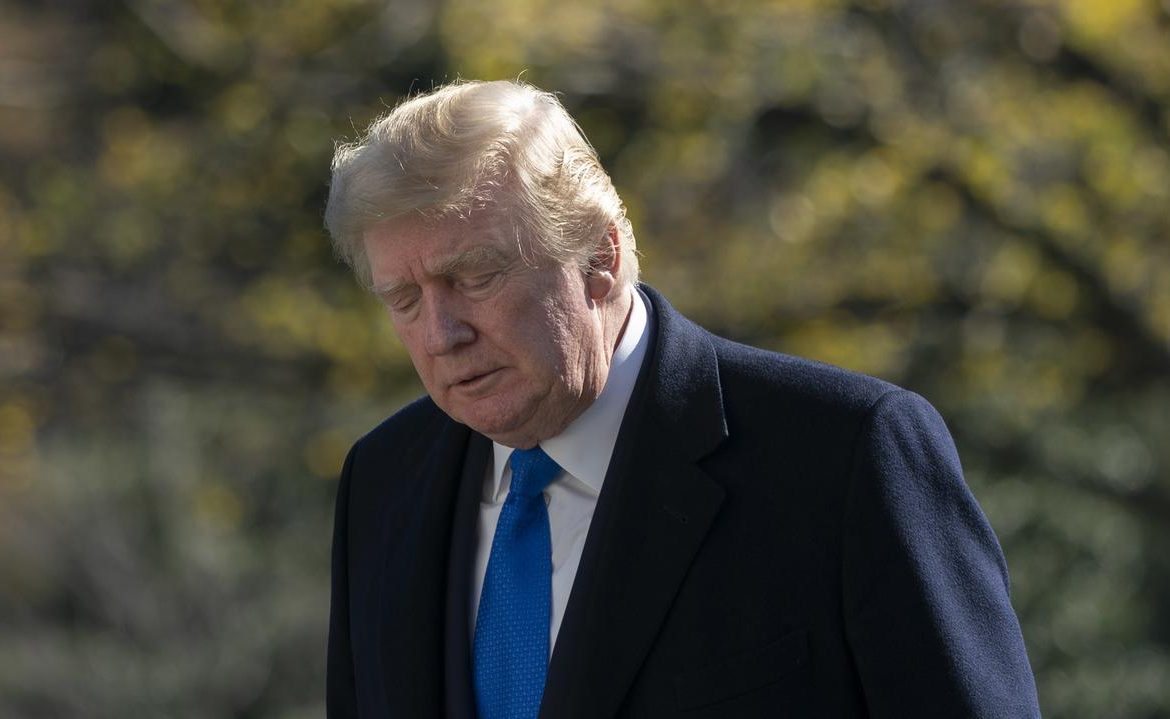 On Sunday, the White House announced that Donald Trump has signed the economic package adopted by Congress to confront the Covid-19 epidemic. Earlier, the US president criticized the package, saying that the amount of direct financial support provided to the Americans is too low.

The president of the United States signed an economic package linked this year to a financial bill at his home in Mar-a-Lago, Florida, where he has been staying since Wednesday. Thus, the US government will avoid “closure”, that is, the temporary closure of some federal institutions.

On December 21, the US Congress approved a $ 900 billion economic package for the COVID-19 pandemic. It provides for a second round of direct money transfers to Americans, this time $ 600.

The disagreement is about the amount of support for the Americans

In the summer of negotiations between the government, Republicans and Democrats in Congress, representatives of the latter party called for more donations, targeting up to $ 2,000 per person. The $ 600 limit did not satisfy Trump, who surprised most lawmakers on Tuesday, saying it was “ridiculously low.” The US President called on Congress to raise the amount to $ 2000, and has not yet announced whether he intends to sign or object to the package.

On Monday, the Democratic-controlled House of Representatives will vote to raise direct subsidies to $ 2,000. Many Republicans have already declared their opposition. This party has a majority in the Senate.

In parallel, Congress will meet on Monday to veto Trump’s veto on the 2021 defense spending bill, which was passed – as did the economic package – with support from most members of Congress from both the Republican and Democratic parties.

Corona virus in the United States

Johns Hopkins University in Baltimore announced Sunday that it had registered in the United States for the past 24 hours. 226274 New cases of Coronavirus i 1663 Subsequent deaths. The American University estimates that since the outbreak of the disease in the United States it has been recorded jointly 19129368 Virus infections. The death toll has ended 333 thousand.

Dr. Anthony Fauci, director of the National Institute of Allergy and Infectious Diseases (NIAID), warned Sunday that the worst is yet to come in the battle against the virus. The reason my colleagues and I in the public health sector are concerned is that we may see a seasonal deterioration (epidemic) after Christmas and New Year (…) We are really in a very critical moment – Fauci said speaking on CNN.

CNN reports that despite calls from health officials indicating the risk of an increase in infections due to holiday travel, more than one million passengers were registered at airports on Saturday. December saw the highest number of deaths since the outbreak of the pandemic. So far, more than 63,000 Americans have died this month. Also, the number of new infections continues to increase across the country.

Fauci appeals to Trump to get vaccinated

On Sunday, Fauci again urged President Donald Trump to vaccinate, as did President-elect Joe Biden and Vice President Mike Pence. – The decision to vaccinate is up to him and the White House doctor that I know who is a very specialized doctor (…) I recommend, and I said that before, that I will vaccinate him myself. Fauci confirmed that he was still the president of the United States. Trump, who contracted the Coronavirus in October, said he would be vaccinated “in due course”.

According to the U.S. Centers for Disease Control and Prevention (CDC), people who have already been infected should also be vaccinated. As experts from the Centers for Disease Control and Prevention note, re-infection is rare within 90 days of the first infection. Fauci asked what percentage of the population would have to be vaccinated against the virus for so-called herd immunity (which occurs when a large proportion of the population becomes resistant to infection), as he explained, between 70 and 85 percent. “We need to be humble and be aware of what we do not know,” the head of the institute stressed, explaining that “these are only estimates.”

Don't Miss it 7 charts showing how the Polish economy will perform in 2021
Up Next Dying Light 2 is alive. The premiere in 2021 is not in danger?