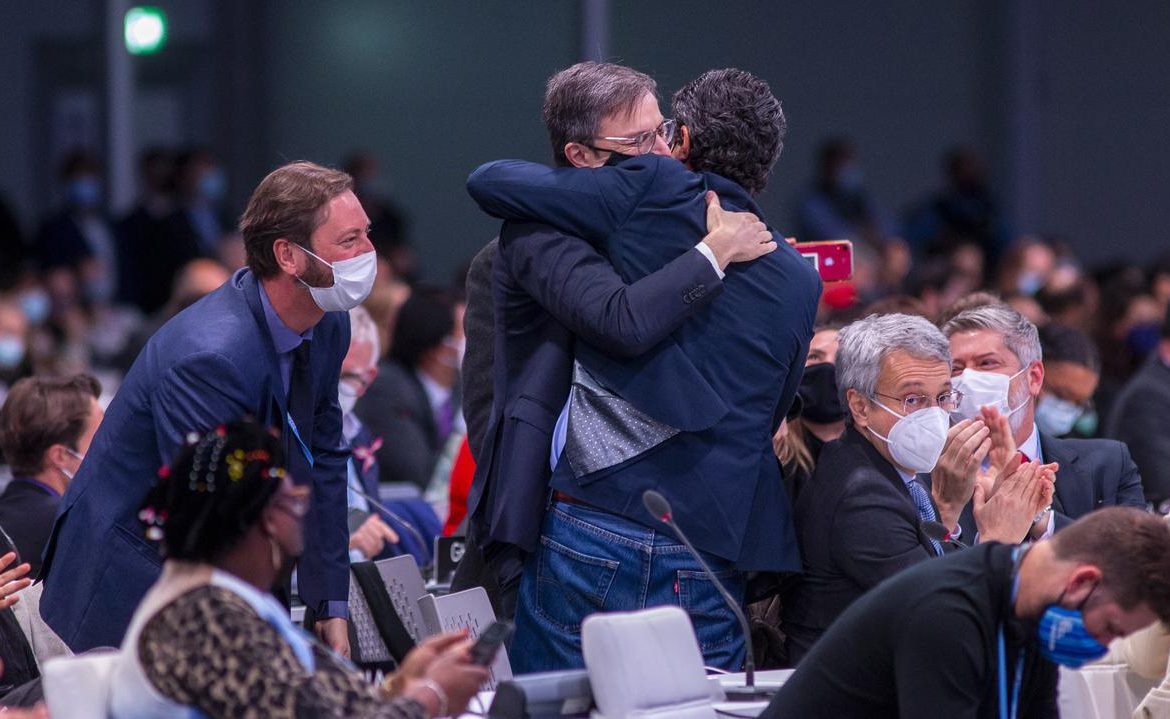 The final agreement was accepted with the UN Climate Conference COP26. The document with amendments was approved by representatives of almost 200 countries. The conclusion includes, for the first time, a commitment by states to move away from fossil fuels, including coal.

Changing the content of the climate agreement It was proposed at the last minute to deal with the phasing out of coal. The decision sparked complaints from countries particularly vulnerable to the effects of climate change. They demanded more specific announcements about ending fossil fuel financing, but they finally agreed to an agreement. The approved version talks about a milder approach to this issue.

Withdrawal from coal a moot point

India – whose energy needs depend largely on coal for abundance – has proposed revising the text of the final declaration, after a row with China over cutting subsidies for coal and fossil fuels and the question of introducing new climate targets by next year. .

The more ambitious climate goals that have been adopted are to accelerate climate change mitigation actions, but they lack provisions on co-financing for the poorest countries, where the effects of global warming will be the most serious, and in many cases already being felt.

The Glasgow Climate Charter is the first-ever climate agreement that explicitly reduces emissions from coal, the fuel that most contributes to greenhouse gases. The agreement also emphasized the focus on more urgent emissions cuts and promised more money to developing countries to help them mitigate the effects of climate change. However, the commitments made in Glasgow do not go far enough to keep the average temperature from rising to 1.5°C above the start of the industrial age.

See also  United States of America. The Supreme Court has suspended the vaccination duty for employees of large companies

What changes have been made to the agreement and why?

On Saturday, negotiations continued on the commitment of countries to abandon coal withdrawals until the end. India was the most vehemently opposed to this. India’s Climate Minister Bhubandar Yadav asked how developing countries can promise to phase out coal and fossil fuel subsidies when they “still have to move forward with development and poverty eradication programmes.”

In the end, in the text of the final declaration, countries agreed to the phrase “phasing down” rather than “phasing out” of coal, which, however, was seen by many as a disappointment. Even the head of COP26, Alok Sharma, expressed his disappointment, saying he was “very sorry” about how the meeting went. However, he made clear that it was very important to protect the agreement as a whole. – I am very sorry. I am also very disappointed. But I think, as you’ve noticed, it’s also important that we protect this bundle,” he said in a hushed voice.

UN Secretary-General Antonio Guterres described the outcome as “a compromise that reflects interests, contradictions and the state of political will in today’s world”. This is an important step, but it will not be enough. It’s time to go into safe mode. He said that the battle of the climate is the battle of our lives and this battle must be won.

As part of the agreement, countries pledged to meet next year to commit to further significant reductions in carbon dioxide emissions so that the 1.5°C target can be met. Existing commitments, if met, could only limit global warming to 2.4°C.

But scientists say that if the average global temperature rises by more than 1.5 degrees Celsius, the Earth will be severely affected by climate change and millions of people will be exposed to extreme heat.

Developing countries have also been unhappy with the lack of progress on so-called “loss and damage”, which is that richer nations, historically responsible for the vast majority of global emissions, must compensate for the poorer effects of climate change. However, the agreement promised to double these funds for developing countries by 2025.

Although the provision on coal is weakened, it is also indicated that for the first time coal is mentioned by name in these UN documents. Coal is responsible for about 40 percent. global carbon dioxide emissions, making the reduction of carbon dioxide emissions critical to conservation efforts in order to maintain a 1.5°C reduction. To achieve this target, agreed in Paris in 2015, global emissions must be reduced by 45%. by 2030 and net emissions should be achieved by 2050.

Don't Miss it USA – Mexico. Christian Pulisic and shirt with an inscription during the match
Up Next MIUI 12.5-3 Phase. List of upcoming smartphones with update