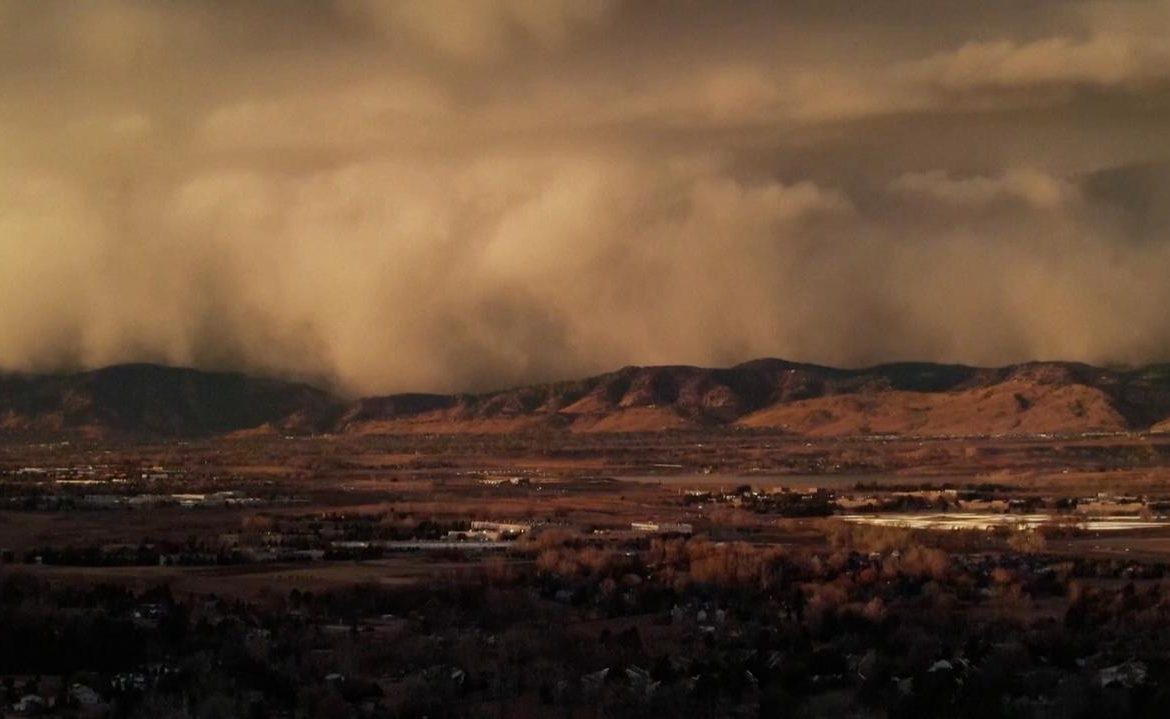 The central states of the United States faced a very dangerous aura on Wednesday. There were violent storms with strong winds, dust storms, tornadoes and wildfires. Emergency services received hundreds of calls, and evacuations were necessary, too.

The National Weather Service reported that winds brought down trees and power lines, causing widespread power outages. AccuWeather’s weather forecasting services system warned that it could increase the risk of an outbreak and spread rapidly in certain areas. Meteorologists also warned that the blast could explode so hard that trucks could capsize.

Parts of Oklahoma have been evacuated, according to USA Today, and all lanes of Interstate 287 have been closed due to heavy winds and fires. Firefighters set out to fight the fire. Also in Texas, at least four fires were ignited by strong winds.

According to the magazine, several tornadoes have hit Iowa. The Minnesota National Weather Service’s office confirmed one in Plainview. This is the first phenomenon of its kind to be recorded in December in this state.

Tornado warnings were in effect in parts of Kansas, Nebraska, Missouri and Minnesota, among other areas.

Some schools in Nebraska have canceled full-time classes. Dozens of schools in Iowa were also planning this.

– At this time of year, Iowa cops used to warn people to stay off the roads due to blizzards. It’s really strange. It’s 10 days before Christmas, and we’re talking about over 20 degrees Celsius and gusty winds near the hurricane, said Lieutenant Ryan Evans, Polk County Sheriff.

It was blowing fast

About 36 million people were warned of high winds. Many airlines have abandoned landing at Des Moines International Airport due to the arrival of severe storms. In part of Kansas City, Missouri, part of the airport roof has collapsed. Traffic controllers had to evacuate the tower cabin.

Weather services issued a strong wind warning for the length of the range from New Mexico to upper Michigan — including Wisconsin and Illinois. Severe storm warnings were issued for parts of Iowa, Kansas and Nebraska.

Many Kansas highways were closed, as high winds and dust storms caused crashes and reduced visibility on the roads. In some areas, it reached speeds of more than 160 kilometers per hour, torn rooftops and overturned trailers. More than 166,000 homes and businesses in Kansas were without power.

In Lamar, Colorado, storms reached 110 kilometers per hour. The Colorado Springs Fire Department reported on Twitter that it received 635 summonses within five hours. It also had to intervene when the wind smashed the roof of one of the firefighters.