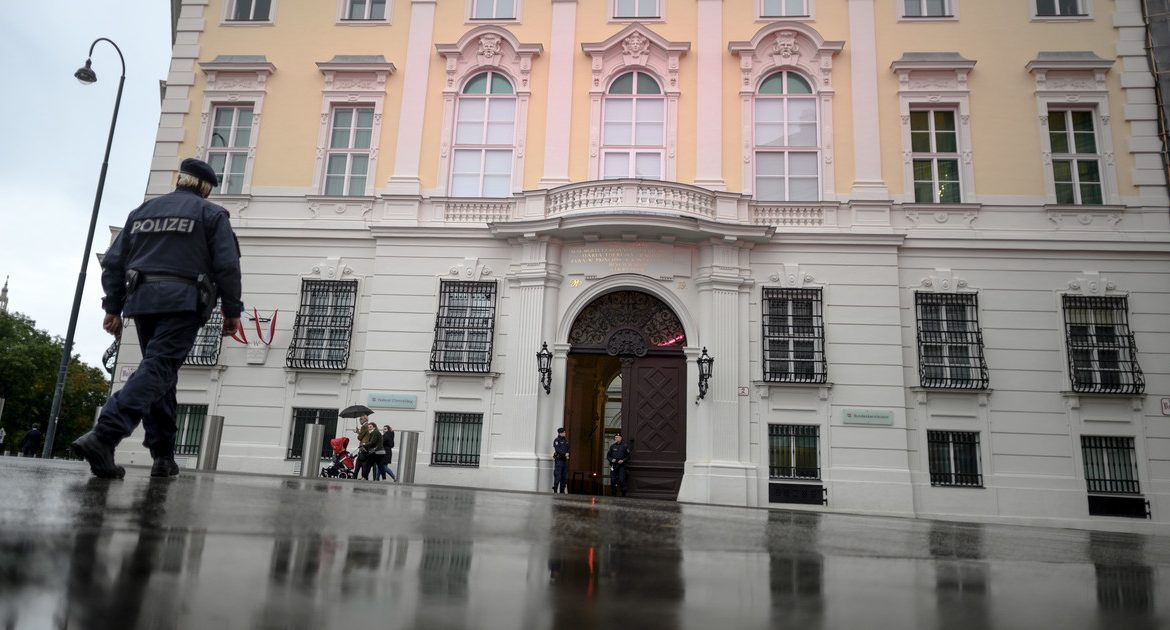 According to the APA, Counselor Kurz, who attended the EU-Western Balkans summit in Slovenia on Wednesday, has yet to address the matter. – Plainclothes investigators arrived Wednesday morning at the OVP headquarters and the chancellor’s office with a 100-page search warrant, the media reported. Investigators, among others a spokesman for Gerald Fleischmann and political advisor Stefan Steiner, searched and confiscated their cell phones.

The officers were interested in the documents of Chancellor Kurz’s confidants (OVP); A spokesman for the APA advisor confirmed that the staff offices of the advisor’s office and the OVP party headquarters in Vienna were searched.

The investigators received a search warrant from the Economic Crimes and Corruption Prevention Agency (WKStA). According to the daily Die Presse, searches were also carried out on charges of bribery and corruption, inter alia, in former family minister Sophie Karmasin, research specialist Sabine Pinschapp, media mogul Wolfgang Fellner and the headquarters of his media group, which was confirmed by prosecutors on Wednesday.

The defendants in these “major complex investigations” dealing with corruption, publication of opinion polls and irregularities in the ad settlement are Thomas Schmid, former Secretary General of the Treasury, and Fellner. Chancellor Kurtz is also involved. The German daily Sueddeutsche Zeitung explains that “the investigation into breach of trust as well as aiding and abetting bribery is underway. Suspects are being investigated on charges of bribery and fraud.”

According to Austrian media, the investigation relates to a multi-layered case from 2016 – At that time, Kurz was head of the State DepartmentAspiring to be a consultant. At that time, opinion polls were published in the Austrian media, which “appeared in the indicated media and were paid for by the Ministry of Finance.” According to WKStA, this action was “motivated solely by party politics and opinion polls aimed at the political advancement of Sebastian Kurz and his group of closest aides and people associated with the OVP.”

According to ORF information, the Ministry of Finance had to pay the OVP surveys, and fake invoices were issued. It was agreed with Fellner and his media group “Austria”, which published the surveys and received paid advertisements in return. “A multi-stage agreement brought benefits to Kurz’s career” – sums up “SZ”.

The “Austria” media group commented on the prosecution’s accusations, saying that they were based on a “serious misunderstanding” and that there was no agreement with the Ministry of Finance to publish opinion polls in exchange for advertisements, APA reported.

August Wooginger, president of the OVP club, expressed his anger. He said there had been a “large number of false allegations” “with the sole purpose of harming the People’s Party and Chancellor Sebastian Kurz”. He also announced that the OVP would protest “politically and legally” in this regard.

Karl Nehamer (OVP), head of the Ministry of the Interior, who was based in Innsbruck at the time, explained that “the Freedom Party will defend itself against all accusations with all force permitted by law”. But he himself, as Minister of Internal Affairs, did not want to comment on the ongoing actions. “Now it is the court’s turn,” Nahamer stressed.

Don't Miss it Mariusz Błaszczak is visiting the United States of America. The head of the Ministry of National Defense indicated when the Abrams tanks can go to Poland
Up Next Google Pixel 6 and Pixel 6 Pro – we know the release date. However, smartphones with significant improvements will not appear in Poland