Last week’s bad weather was recognized in many places by DWD experts as the “event of the century,” underlining its unique character.

In flood-stricken areas, within a few hours or a few days, twice as much rain as usual for the whole of July often fell. These are the findings of a special report on catastrophic flooding by the Department of Human Development (DWD) published Thursday, July 22 in Offenbach. Its authors note that in many places the precipitation was even higher, which led to the damage they caused.

DWD measurements show that in the Ahr Basin in the Rhineland-Palatinate last Wednesday (14/07/2021), up to 147 liters of rainwater per square meter fell in 24 hours. The valley of this river is one of the most damaged places during the last flood. Similar, and even greater, amounts of rain water fell on Wednesday during the day, among others, in the basins of the Erft, Kiel and Moselle rivers, as well as in the Wober and Ruhr basins in North Rhine-Westphalia.

Altogether, the DWD in the affected regions of the Rhineland-Palatinate and North Rhine-Westphalia experienced heavy, heavy rainfall of more than 100 liters of rainwater per square meter in 72 hours, and in places of more than 150 liters of water per square metre. According to meteorologists at DWD, the massive amounts of rainwater that Bernd brought hit the rain that had lasted for some time and fell on land that was already saturated with rainwater, which couldn’t absorb any more water.

This, in addition to the fact that very heavy rainfall in the ridge area, made its destructive power particularly high, according to a special report from the German Meteorological Service.

Narrow riverbeds in this area also “direct” the flowing water, increasing its impact on the surrounding area. Floods also occurred in Saxony and Bavaria after the area of ​​low pressure shifted to the southeast, but on a much smaller scale than in West Germany. 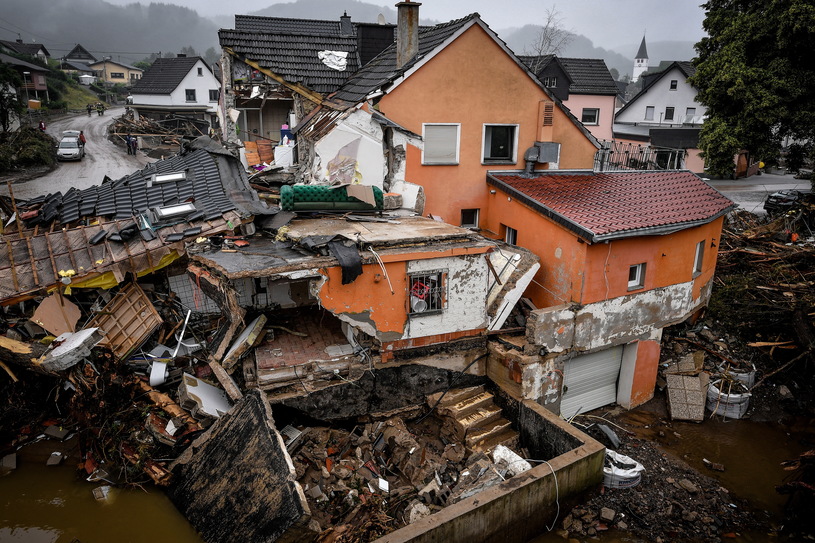 “This is a unique disaster of unprecedented magnitude,” Gerd Landsberg, managing director of the German Association of Cities and Municipalities, said in a statement to the magazine Komonal. According to him, “billions of euros are at risk” from losses.

DWD indicates that Germany has been plagued by a series of catastrophic rainfall since May. Their season will last until September. This means that similar disasters may occur again this year.

DWD theory predicts the possibility of a repeat of storms and heavy rain this weekend. On Saturday, residents should expect a weather alert regarding heavy rain, storms and local hailstorms. It can also occur in flood affected areas. Strong storms are expected, especially in the Rhineland-Palatinate.

Read also: Storms are getting more intense. It’s time to get used to it

“I don’t even know these people.” German solidarity in the face of tragedy
German wave