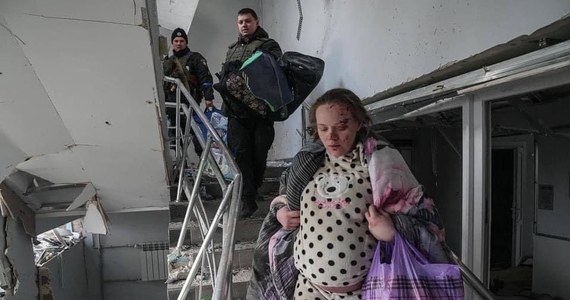 I received an update from a relative of Mariana – a pregnant girl from the Mariupol hospital, which was bombed. They managed to communicate with her by phone for a short time. Last night at 10 p.m., Mariana gave birth to a baby girl! They are fine but it is very cold in Mariupol and the bombing does not stop pic.twitter.com/PSLxI6I0zZ
– Olga Tokariuk (@olgatokariuk)
March 11, 2022

“Mother and baby are fine, but Mariana told her family that it is very cold in Mariupol and the bombing is endless,” the journalist wrote.

And the Russians bombed, on Wednesday, a maternity hospital in Mariupol. The city council announced the complete destruction of the building. Shortly after the attack, the Russian embassy in the UK tweeted and on Facebook that the facility was not operating as a hospital but being used for military purposes. Both entries have been deleted by social media officials.

Mariana is a light-haired woman with a large pregnant belly, photographed by the Associated Press during the evacuation from the hospital building.

The Russians shot at a psychiatric hospital. “Genocide”

See also  Putin-Guterres meeting. “Without a solution to the Crimea and Donbass issues, Russia will not sign a security guarantee”
Don't Miss it Adam Konaki in Miami. Will there be a Polish-Polish battle in the United States?
Up Next Nintendo switch games for sale. Production with prices starting from 79 PLN