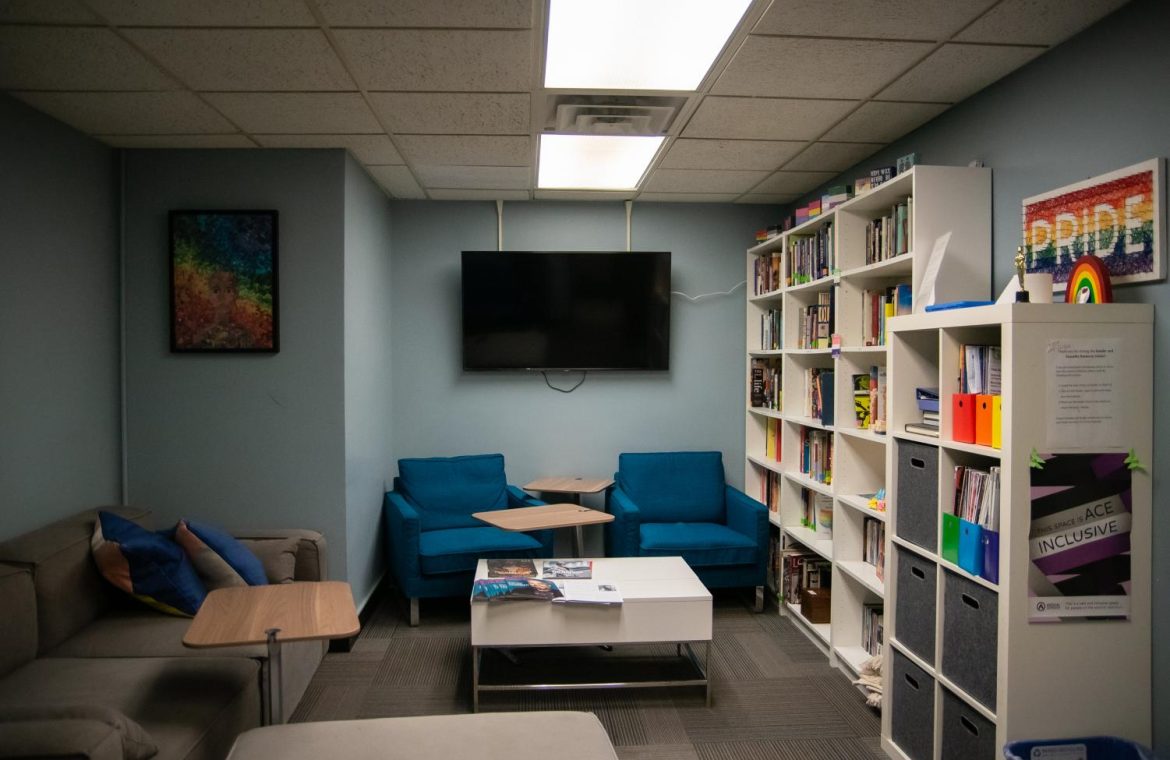 While the university plans to work on a long-term solution, Carter said finding space for the immediate future was a priority.

“Northwestern understands that although modifications have been made to the existing GSRC over time, the current space is very small and needs to change,” Carter told The Daily in an email.

Last year, the affiliated student government Legislation passed The Rainbow Alliance has proposed moving the GSRC to its home on Sheridan Road.

According to the ASG Student 2020 survey, 22.4% of NU students surveyed identified themselves as gay. This equates to about 2,000 students who could benefit from GSRC, said Joe Scaletti, external president of the Rainbow Alliance. However, according to the decision, the current two-room space on the third floor of the Norris University Center can accommodate a maximum of 10 people.

“We’re still in that space today, and that’s not acceptable,” Scaletti said. “The idea of ​​a refurbished wardrobe that hasn’t changed much over the years shows that we really need to work on more visibility and more space.”

The site for the new Foster Walker complex will be larger than Norris’ current space and will be close to campus, offices and local resources, Carter said.

While the university has identified the new site, Carter said it is still scheduling the relocation project. The Department of Student Affairs plans to engage LGBTQ+ students in prioritizing space, including floor plan corrections.

Carter said the university also needs to identify resources for mobility as well as revised GSRC policies and procedures as it is no longer based in Norris.

“Work will continue to find a long-term solution to the GSRC,” Carter added. “However, it was important to define this solution in the medium term, taking into account the stated needs of the LGBTQIA community.”

Imagine what the student space of the future would look like, Scaletti said he hopes it will be an open support space and community, with a boardroom for scheduling queer events and an expanded library for the Center’s existing collection of more than 300 queer items. . books.

Scaletti also said he would like a major expansion of resources, such as a locker for transgender students, that would help students overcome the financial and privacy barriers that often accompany relocation.

Since the ASG’s decision, the Executive Director of Campus and Community Inclusion, Daviere Velázquez Phillip, has held quarterly meetings with Scaletta and Julie Payne-Kirchmeier, Vice President of Student Affairs, to review progress at GSRC.

Philip said she values ​​her relationship with the Rainbow Alliance and Multicultural Student Affairs, which helps her ensure the university’s commitment to move forward with the transformation process so students can take advantage of the new space.

“The relocation and expansion of the GSRC will provide a space that appropriately supports community building, allows for better allocation of resources, and increases opportunities for student visibility and endorsement,” said Philip.

Scaletti stressed the importance of continuing the conversations that began with their proposal, even when they are no longer NU students.

“Regardless of who is the next president of (Rainbow Alliance), it will be important for me to sit down and talk to them about how we can continue to push the active gay space,” Scaletti said.

–ASG and Payne-Kirchmeier Discuss Obstacles to Transformation at the Gender and Sexual Resource Center, Timeline

–The Gender and Sexuality Resource Center celebrates change and expansion

Don't Miss it Duel – WCJiK: Decent fight in a group, distant places of the Poles
Up Next Wordle 292 April 7 Tips – Struggling with Wordle Today? Three tips to help you answer | games