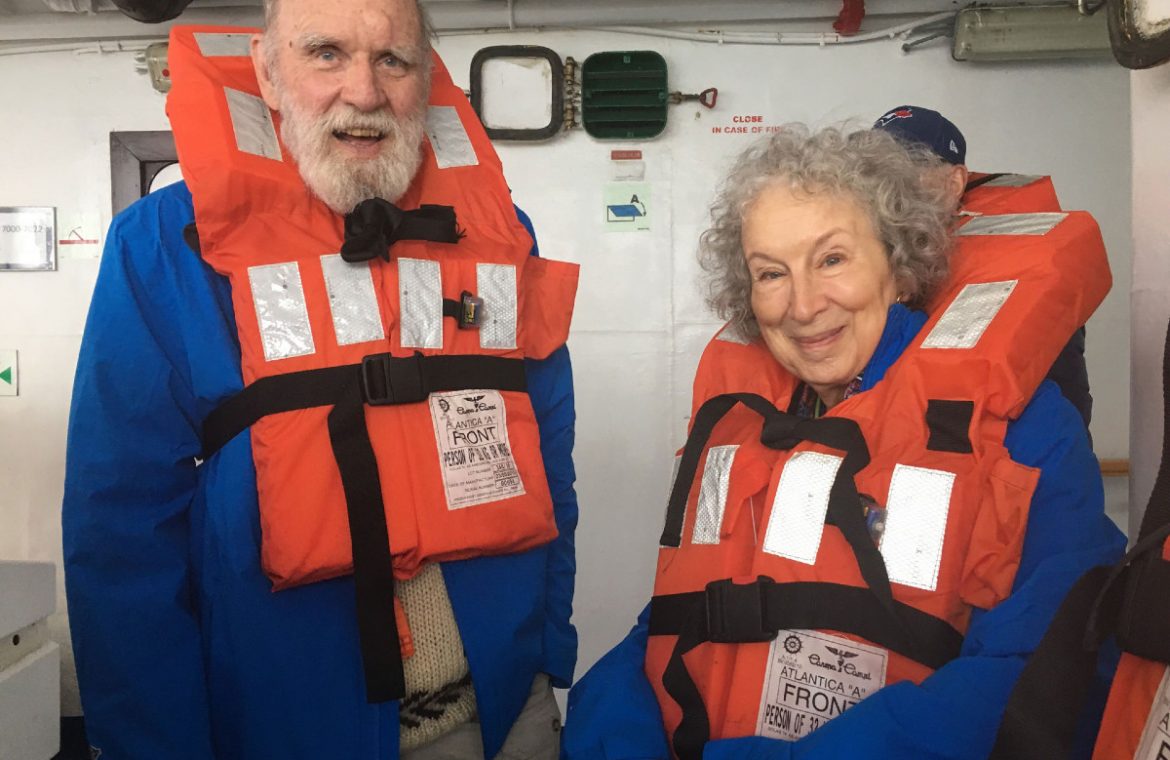 The documentary “Margaret Atwood. Word is Power” was released in the world last year. You can watch the movie on HBO GO for several days. This is the comprehensive profile of one of the most famous writers of our time.

A guide from 1952 suggested many jobs for men and only five for women. Nurse, Instructor, Flight Attendant, Secretary and Home Coach. I chose this profession as the best paid profession. I figured –

These teachings served Margaret Atwood mainly as lessons recorded in various later texts. When the writer entered Victoria College in Toronto, she already knew that she wanted to become a professional writer. Although she did not expect that she would achieve such great fame.

From the Canadian wilderness to lectures and speeches at the best universities and travel around the world. Margaret Atwood’s biography is perhaps not the easiest to view on a small screen. Still full of liveliness, highly sensitive to detail and extraordinary sense of humor, the writer invited two documentary filmmakers, Nancy Lange and Peter Raymont, into her world.

The crew accompanied Margaret Atwood and her co-writer Graeme Gibson for several months on their travels around the world in the writer’s 80th year. But this time not only did it become the basis for their stories – it’s also about childhood, adolescence, school time and just a budding career, which over time has turned into one of the greatest writing professions today.

Margaret Atwood reveals the secrets of her workshop from creators.

Provides technical details, for example on organizing work or searching for inspiration. However, this is not a tip that the followers of Atwood’s career will not be known anymore. However, its arrangement in documentary form is simply a necessary component of the media image of a great writer. After all, she is not a writer separate from everyday life.

About Atwood in the documentary Margaret Atwood. Her friends and colleagues, including an old writer’s agent, say “the word is strength.” Their stories reveal an image of an ever-alert, intelligent, and socially engaged person. Although Atwood does not like to call herself an activist. According to her, activists are people who devote their entire lives to a specific cause, and she simply talks about many issues close to her and supports the causes she believes in.

Atwood herself remembers the most important moments of her life.

It tells, for example, how the Handmaid’s Tale was created. About how it contained events that actually happened, where I actually found the inspiration. I started with a desire to write a dystopia, but not as most authors and authors do, from a male perspective, but from a female perspective. It ended up being a hugely popular series, and mobile devices and their costumes became a symbol of women’s oppression. A symbol that can be recognized almost all over the world.

Due to the rich biography of Margaret Atwood, not all of the leads relating to her life, as well as the background of her activities, including social or political, could not be heard loudly enough. However, the authors made every effort to provide the author’s complete profile along with the document. A suitably important place secures the thread of her long-running relationship with Grae Gibson, whom the movie is dedicated to.

Movie Margaret Atwood. Word is power You will find it in HBO GO.

Don't Miss it New Zealand: 8-magnitude earthquake. Tsunami warning
Up Next The Future Game Expo is back and will soon feature over 40 games