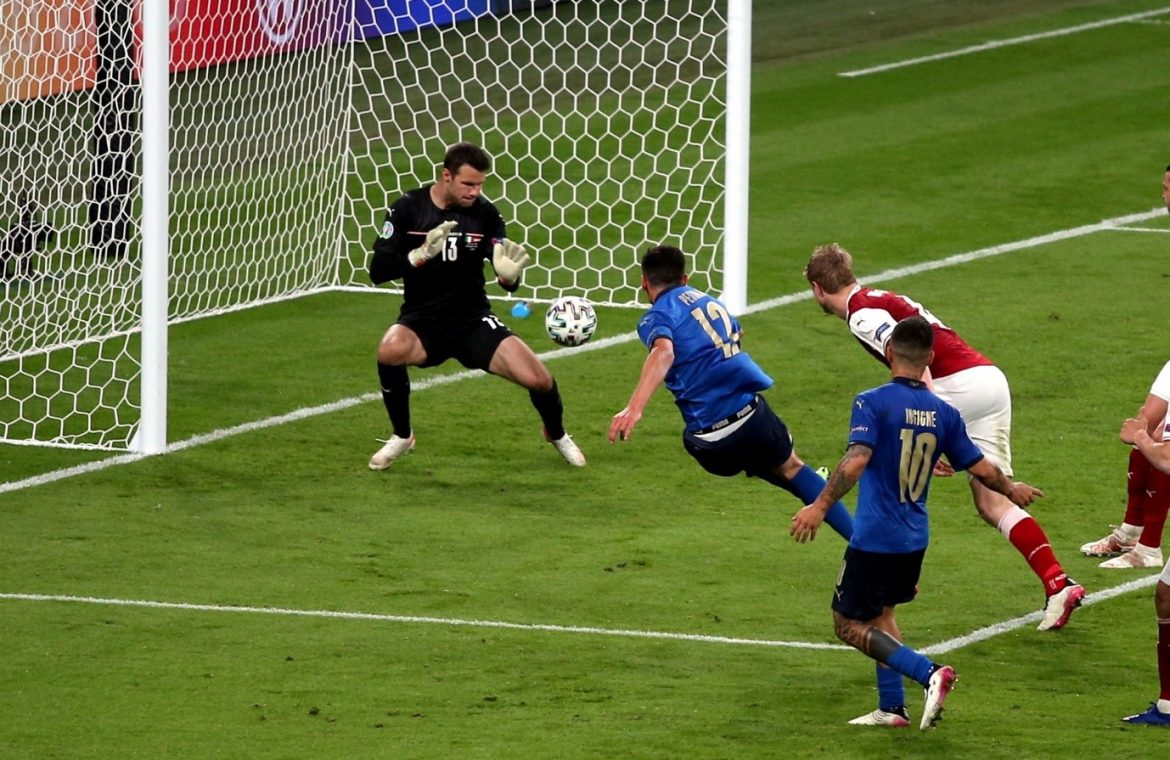 For the first time at Euro 2020, Italy found themselves under pressure. Austria were taking the game to them in their last-16 clash at Wembley Stadium, and having just been saved by an offside VAR ruling, the Italians looked rattled. Extra time loomed, and Italy were hanging on having failed to create enough clear-cut chances to win the game in normal time.

But thankfully for Roberto Mancini and the rest of the coaching staff, Italy clicked into gear in the first half of extra time. Federico Chiesa’s brilliantly taken goal gave them the lead before Matteo Pessina fired in a second soon after. Italy could breathe easy once more, and although Saša Kalajdžić’s goal in the second period gave Austria hope, the Italians held on well to secure their passage to the quarter-finals.

While it was by no means a flawless performance, it was the kind of display which will galvanise Italy as they prepare for their quarter-final match-up with Belgium. Those betting on Belgium v Italy are having a hard time figuring out which side they should back, but the fact that Italy showed tremendous character and steel to get the win over a determined Austria side means they shouldn’t be discounted.

Indeed, Italy were the form team of the group stage. They won their three matches against Turkey, Switzerland and Wales without even conceding a goal, and looked confident and assured throughout those games. Mancini has managed to find a perfect blend of attacking excellence and classic Italian defensive resolve, and it’s bearing fruit on the biggest stage.

But the manner in which they were forced to dig in and really work for the win over Austria will give the squad a huge lift, and massive belief that they can go on and win this tournament. Often, you don’t really know what a team is made of until their backs are against the wall, and Italy’s certainly were at Wembley. But they came out the other side of it, and now all eyes are on the quarter-finals.

Belgium will be full of confidence too, having defended resolutely to see off Portugal in the last 16. Similarly, it was not a classic performance, and they rode their luck at times in the second half when Portugal had chances to equalise. But in hanging on and keeping that clean sheet, Roberto Martínez’s side will be full of confidence as they head to Munich to take on the Italians.

Although Spain are the current outright favourites in the UEFA Euro winner odds, many are predicting that whoever comes out on top in the Belgium v Italy match will be the main contenders to lift the trophy at Wembley on July 11th. With both having won all four of their matches at the tournament so far, it’s no surprise that all the pressure will be on one of them to go on and win the competition.

Italy have shown that they can stand up to the pressure and come out on top, and those battling qualities will be needed against Belgium in what is bound to be a tight game. With everything to play for, international knockout football doesn’t get much better than this.

Don't Miss it Wimbledon: Lucas Cobbote and Marcelo Melo accelerate. They will fight for the quarter-finals of the doubles
Up Next he is here! The first honey from the university apiary, Science, News Biaystok Online Municipal Portal Biaystok (Bialystok), page 1