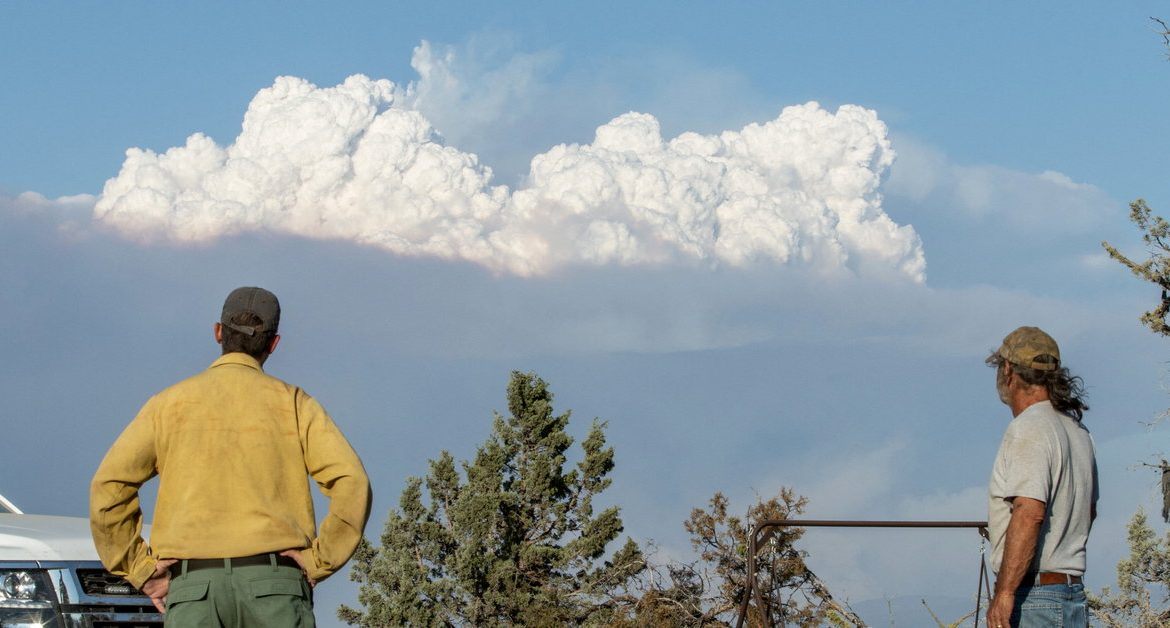 The fires, fanned by strong winds from changing directions and years of drought, spread quickly. The fight is made more difficult due to the fact that the initial fires that seem to be extinguished, explode again after some time. Conditions were so dangerous late Thursday and Friday that authorities withdrew the firefighting crews.

The element has already destroyed several hundred homes and another 5,000 homes. in danger. More than 2,000 people have had to leave their homes and go to temporary shelters, or to family and friends.

The worst situation is in areas just north of the California border, which also has an outbreak of fires, said Holly Creek Fire Service spokeswoman.

She added that firefighting work is being hampered by extremely dangerous Pyrocumuluses. They are formed by air heated to a very high temperature over a fire. They carry dust and soot with them up to 10 km in height.

This week meteorologists also spotted a larger and more extreme form of “fire clouds” – Pyrocumulonimbus, which can create their own weather (like dry storms), including fire tornadoes. NASA called them the “fire-breathing dragon.”

Fires strike the American West regularly every year. However, in recent years, it has become more violent and longer, which is attributed to the warming of the climate.

Don't Miss it UK has peak daily infections in six months, with 51,870 . infected
Up Next PS Plus Video Pass with news. PlayStation Polska confirms new productions