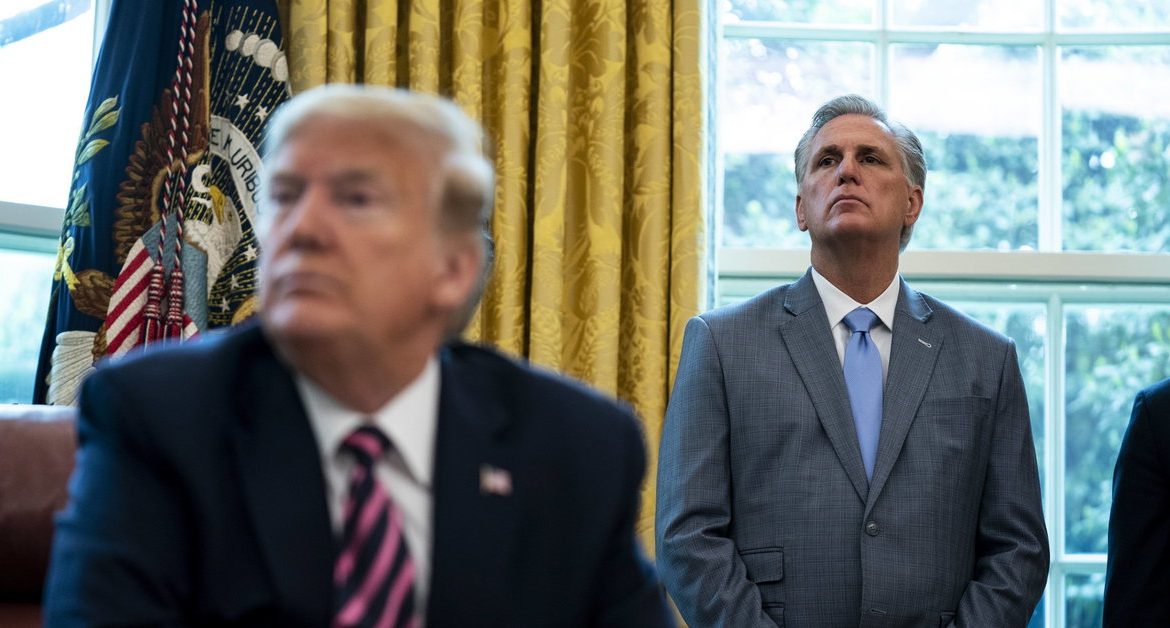 McCarthy met Trump on Thursday at his Florida mansion. The former president’s office said in a press release that it was a “very good and friendly meeting.”

Donald Trump promised to help Republicans regain a majority in the US House of Representatives in the 2022 election. Democrats now have a majority in both houses of Congress, but a slim majority. Trump’s office stressed that “President Trump’s popularity has never been as big as it is today … his support for Republican candidates is more important than any other support in the past.”

Some Republican politicians turned their backs on Donald Trump after he did not want to acknowledge Joe Biden’s victory in the presidential election in November, and above all after his supporters stormed the Capitol building in Washington. Reuters reports that McCarthy also exposed himself to the wrath of the outgoing president, saying he was responsible for the Capitol riots. However, McCarthy later retracted these words, stressing that he did not believe Donald Trump was the provocation of the attack.

After Thursday’s meeting with Trump in Florida, McCarthy affirmed in a statement that Trump was committed to supporting Republicans in the 2022 congressional elections. He also criticized Democrats for “accusing the president who is now a regular citizen.”

In the week of February 8, the US Senate will begin the trial of Donald Trump over his supporters ’attack on the Capitol. For Democrats and some Republicans, he is to blame.

On Monday, the US House of Representatives, which voted on the impeachment article on January 13, formally handed over the document to the Senate.

See also  Huawei is actually trying to outpace the US. The method is great and simple

Don't Miss it An adventure made of 1,458 items with the LEGO Porsche 911 Turbo and Tagra
Up Next GTA 2 in a cyberpunk atmosphere. Glitchpunk can appeal to many players