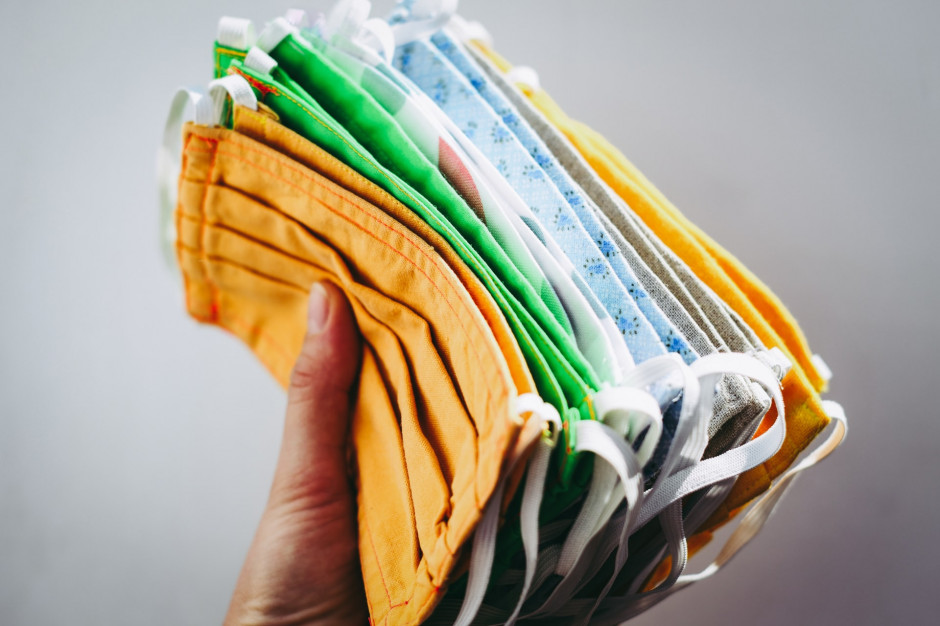 A month after the US Centers for Disease Control and Prevention (CDC) announced that vaccinated people no longer need to wear masks indoors, many Americans are still wearing masks. In some parts of the country, almost everyone does it.

At the entrance to the Walmart Supercenter, a giant supermarket in Manassas in a Washington suburb, there is a clear message: “Fully vaccinated customers are no longer required to wear masks in this store.” But without this sign, it would have been difficult to know that something would have changed in this regard. Inside, unmasked faces can be counted on the fingers of one hand – not counting children, but also.

Those who enter without a mask should take into account the suspicious looks of some buyers. However, you don’t have to worry about someone asking for proof of vaccination. Having a system based on trust.

Walmart, the largest and cheapest supermarket chain in America, is no exception. Similar views of the masked crowd can be seen in almost every place or store in the entire area around the American capital. On the doors of some stores and even restaurants, you can still see signs that categorically tell you to cover your nose and face.

“People are being careful here, because they know how dangerous this virus is. They also have limited confidence in the CDC, because these guidelines have changed many times. Anyway, who knows what it’s like with these new vaccines and variants” – Anthony says Kim, a computer scientist based in Fairfax, Northern Virginia. As he admits, he wears the mask himself, although he does it more so as not to disturb others. His mother from Korea also asks him to do so.

Tom, a truck driver and one of the few Walmart customers he didn’t convince, admits he doesn’t understand why face masks continue to be so prevalent.

“If these vaccines weren’t supposed to protect us, why the hell were we vaccinated?” – he asks rhetorically. “They told us that + we trust in science +, so I trust” – he adds.

However, when the CDC changed its guidance on May 13, the decision sparked great controversy in America. Some experts condemned it as definitely premature – at the time of its announcement, only 36% had been vaccinated. Americans. Skeptics also argued that although the change of guidelines applied in theory only to vaccinators, it was already clear at the time that it meant in practice the complete abolition of the obligation to wear masks. The effect of the confusion has been exacerbated by the fact that just two weeks ago the same institution reiterated its guidance on full compliance with the wearing of masks in public.

So, not only were experts skeptical; Some state authorities have chosen to ignore the Foundation’s guidelines. That was the case in California, which will only implement it starting June 15.

Today, about 54% of adults in the United States are fully vaccinated, but despite the slowdown in vaccination campaigns, experience so far suggests that these concerns are exaggerated. Americans are not giving up their masks en masse, and in recent weeks the number of new cases of Covid-19 in the US has continued to fall steadily: while a month ago there were more than 33,000 cases in the country. Infection per day, day 14 thousand.

See also  United States of America. Humanitarian support for Poland. The Pentagon responds to a letter from members of Congress

However, as Teresa, a student from the University of Alabama, pointed out in an interview with PAP, there is no such caution everywhere.

“Here, even during the pandemic, people were behaving as if the virus was gone: they weren’t in danger. As a result, at just one point on our campus, we had several thousand cases of the disease. So, changing the CDC’s recommendation It doesn’t change much.” As he notes, the general rule is that while in big cities and liberal suburbs people have kept wearing masks, it’s different in more conservative areas.

According to Brian Nikman, a counselor in San Diego, California, the level of health discipline can vary even within one city.

“This is the case with us, where differences between regions can be obvious. It is not only about political and class differences, but, for example, in the more party-like areas of the city, hardly anyone wears masks,” says the researcher.

However, many PAP interlocutors expect that the end of the mask era will come sooner rather than later. The date of the border may be Independence Day on the 4th of July, which is traditionally celebrated with large crowds. This is also the date when, according to the Biden administration’s ambitions, 70 percent of those vaccinated should get at least one dose of the vaccine. American adults.

“After the 4th of July, all these masks will disappear from the face, I am sure of that,” declared Nick, a political activist from Washington.

Don't Miss it Leaders supported the “Biden plan” for infrastructure. It’s an alternative to China’s actions – EURACTIV.pl
Up Next Germany ordered to buy secret tax data from Dubai