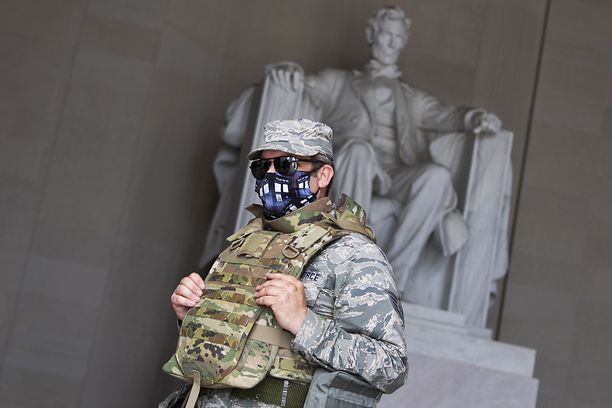 After supporters of outgoing President Donald Trump attacked the Capitol, a decision was made to send more regular troops, including the National Guard, to protect the inauguration of Joe Biden’s presidency. Celebrations will be secured with a total of 25,000 guards.

United States of America. Twelve guards were removed from service

And the Pentagon, willing to reduce the risk of serious accidents during the ceremony, scrutinized the soldiers heading to Washington. The guards were examined, among others for links to far-right groups. As a result of control, 12 soldiers were removed from service.

The army confirmed that the two soldiers were linked to far-right paramilitary organizations. However, in the letter sent to Associeted Press, there is no specific information about the organizations involved. However, it is known that the FBI was also involved in the inspection, whose task was, among other things, to verify whether any of the 25,000 soldiers did not participate in the attack on the Capitol.

The remaining 10 soldiers were removed from the National Guard due to “suspicions revealed during the verification process,” according to CNN.

National Guard The state of Virginia confirmed that one of the participants in the riots on January 6 was a corporal in this formation. Jacob Fraker, accused of storming the Capitol, is also a policeman.