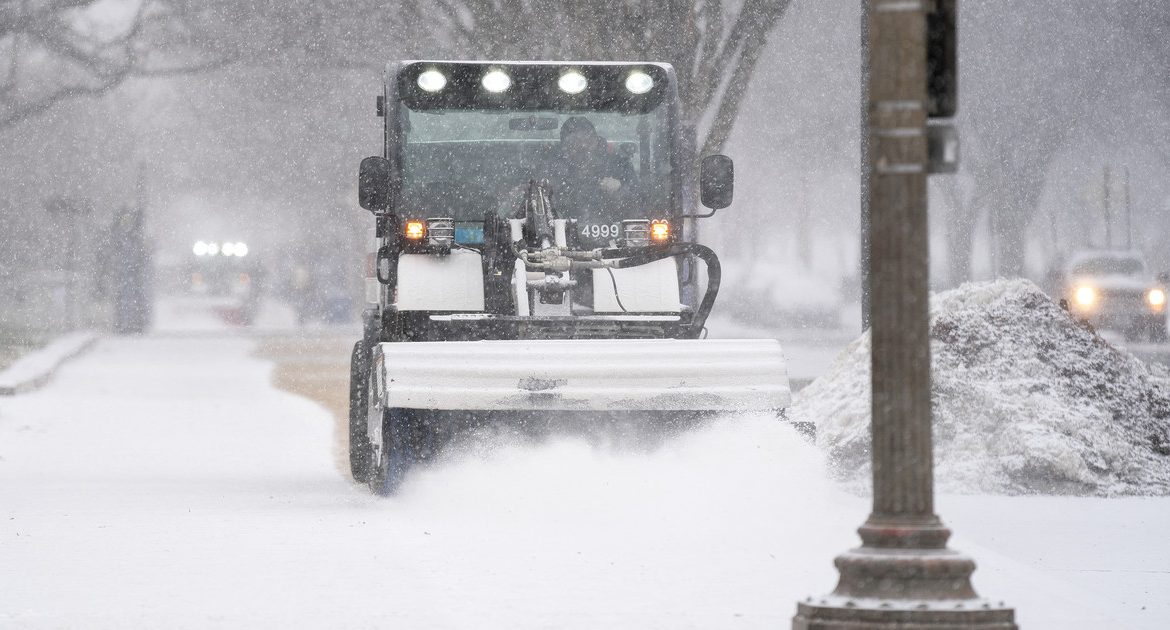 Snow and freezing rain began falling before sunrise in areas of North Carolina. In parts of Georgia, freezing rain and strong winds begin to fall in the early morning. Public Radio NPR reported that states that don’t typically experience severe winters such as Arkansas, Alabama and Mississippi experienced heavy snow and ice.

The National Weather Service (NWS) warns that more than 30 cm of snow could fall in some areas.

Travel becomes difficult. In the morning, Georgia, Caroline and Virginia authorities declared a state of emergency. Residents were asked not to leave the roads without an urgent need. In addition to rapidly accumulating snow and ice, strong winds were expected to knock down trees and break power lines, making driving more dangerous, NPR asserts.

FlightAware reported cancellations Sunday in the US of about 2.5 thousand. flights. Because of the snowstorms, Amtrak Rail has canceled dozens of trains over the weekend and on Monday.

Power outages started to happen. The Poweroutage website reported that more than 109,000 people have had no electricity at some point in Georgia on Sunday morning. recipients. In South Carolina, the number reached 89,000. Customers, in Florida – 31 thousand, and in North Carolina – 16 thousand.

Snowstorms will move north Sunday evening and Monday morning, according to forecasters. It will extend from the Ohio Valley to New England. In New York City, less than 1 inch of snow is expected, but New York State, as well as neighboring New Jersey, could see several inches of white powder. Power companies Con Edison in New York warned of possible blackouts on Sunday.

Don't Miss it Winter attack in the United States. Canceled flights and trains. There is no electricity
Up Next All iPhone 14 models with ProMotion screens? none of that