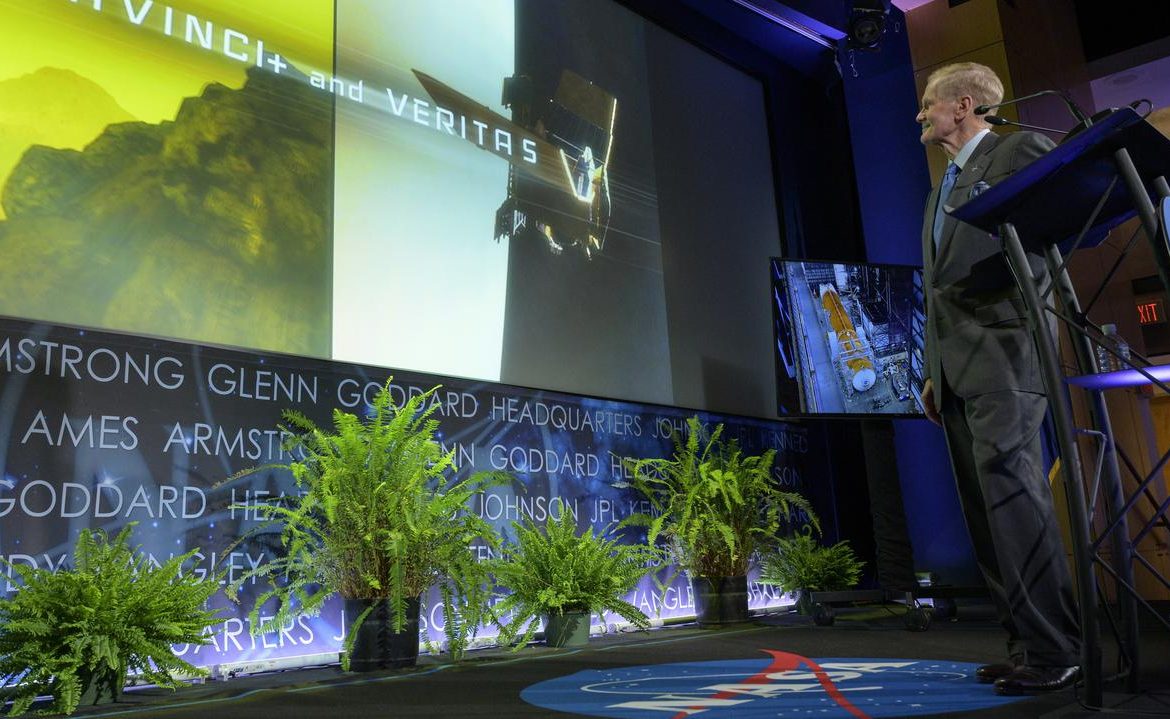 US space agency NASA on Wednesday announced plans for two new research missions to Venus for the first time in decades. Their goal will be to study the atmosphere and geological history of the closest planet to Earth.

NASA will allocate nearly $500 million to develop each of the two projects, called DaVinci+ and Veritas. “They will allow the scientific community to study a planet we haven’t been to in 30 years,” the new head of NASA, Bill Nelson, was quoted by AFP as saying in an annual address to the agency’s staff.

According to Reuters, citing NASA, DaVinci + will measure the dense atmosphere of Venus to better understand its evolution. This will include careful testing of the noble gases and other elements. It is determining if there ever was any ocean. DaVinci+ is also expected to provide the first high-resolution images of the unique geological features of Venus.

Veritas will be tasked with mapping the planet to help determine its geological history and explain why it evolved differently from Earth. “The mission will track the terrain across most of the planet’s surface to create a three-dimensional reconstruction of the topography and confirm whether tectonic or volcanic processes are still present,” NASA explains. “We will find out how this brutal world works” – informs the agency in its presentation.

Veritas is also expected to determine whether active volcanoes are releasing water vapor into the atmosphere. “We hope that these missions will give us a better understanding of how the Earth evolved and why it is now habitable, when other planets are not,” explained Bill Nelson.

Bill Nelson has confirmed that Artemis 1, the first mission in the United States to return to the lunar program, will begin later this year.

See also  Unmanned flight to Mars. Creativity rose above the surface of the planet
Don't Miss it The United States imposes sanctions on a Bulgarian businessman, a parliamentarian, an official and 64 of their companies
Up Next slag. Thursday outside. Lebusch Derby on the other side of the Baltic Sea