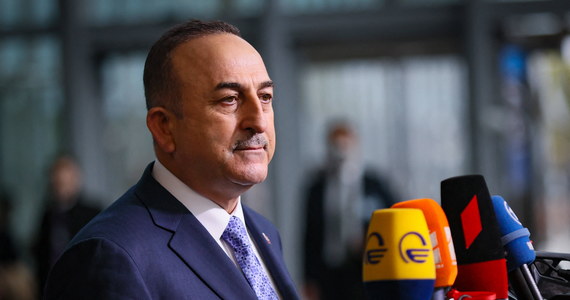 Reuters quoted Turkish Foreign Minister Mevlut Cavusoglu as saying that Russian civilian and military aircraft transporting soldiers from Russia to Syria will no longer be able to use Turkish airspace.

We have also closed our airspace to Russian civilian aircraft transporting soldiers to Syria. The decision was made after consultations with the Kremlin. (…]We issued a permit for these flights, which was valid for three months – until April, and then was not extended Cavusoglu noted. Reuters delivered the statement of the minister in support of the Turkish channel TRT Haber.

Cavusoglu stressed that Ankara is continuing its mediation efforts to reach an agreement between Ukraine and Russia. Presidents Zelensky and Putin agreed that they could meet in Turkey if previous peace talks (for Ukrainian and Russian delegations – editor’s note) lead to the expected outcome – said the head of Turkish diplomacy.

The president of that country, Recep Tayyip Erdogan, who presents himself as a mediator in the Ukrainian-Russian negotiations, previously spoke of possible negotiations between the leaders of Ukraine and Russia on Turkish soil. On March 29, prior to the meeting of the delegations of the two countries in Istanbul, Erdogan addressed the parties to the conflict directly, calling for a ceasefire and the search for diplomatic solutions.

In early April, the government in Ankara offered to support the evacuation of the wounded from besieged Mariupol in southeastern Ukraine. However, the initiative did not materialize.

I am not afraid to meet the President of the Russian Federation, and I have no right to be afraid because our people have shown that they are not afraid of anything. People stopped Russian combat equipment with their own hands. (…) An ordinary leader has no right to be afraid when it comes to our country and our independence – Ukrainian President Volodymyr Zelensky confirmed today at a press conference.

He also made a reservation that if the Russian forces decided to eliminate the defenders of Mariupol and organize “pseudo-referendums” in the “pseudo-republics”, Ukraine would withdraw from all negotiating processes.

Don't Miss it Meet Michniewicz unusual in the United States. Did you expect this? – O2
Up Next Players crush DLC for Tiny Tina’s Wonderlands. Worst gearbox add-on ever