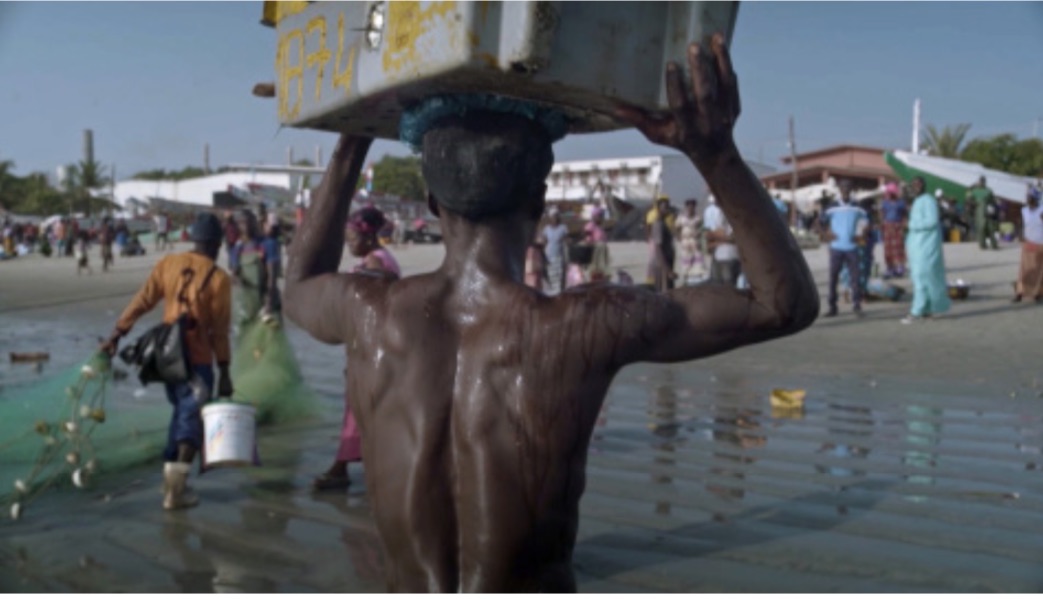 Andrzej Wajda Film School alumnus – Gosia Juszczak’s documentary “The Stolen Fish. When the Fish Runs Out” will be shown at the New Jersey International Film Festival from June 5-12 this year.

The 30-minute film was filmed in The Gambia, the smallest country in Africa and one of the poorest. It is a narrative and poetic document that touches on universal themes. Fish is the main source of livelihood and protein for the local community in The Gambia, but it has become a hard-to-reach commodity. All because of massive fishing by Chinese factories that catch all sea creatures – fish, shrimp and dolphins – and turn them into food for farm animals and sell them in Europe and China. “They use the fish of the poor to feed the rich animals,” says a Gambian activist in the opening frames of the film.

Commercial fishing is disrupting the marine ecosystem off the coast of The Gambia, taking away the livelihood of the local community. “Once you were standing on the shore, you could see the fish jumping over the water, but today you won’t see them anymore,” says Abu, one of the heroes, adding that one Chinese boat catches the most fish per day, 30 Gambian fishermen boats per month.

In the film, Abu, Paula and the fishmonger Mariama talk about the challenges that arise, the hardships of daily life and the attempts to support their families by migrating to Europe, where many Gambians are killed or arrested.

Juszczak shows the problems arising from neo-colonialism, which brings unfulfilled promises of new roads and jobs, and forces the inhabitants of this poor country to migrate to Europe in search of work. It also shows the struggle of the population desiring change. In The Gambia, the Chinese have more rights than us. It’s because of the money they pay our government. But we don’t get the money, and we don’t know what’s being spent,” Abu says.

See also  The UK is considering a third dose vaccination

***
“A world of interconnectedness, interconnected ships. Yes, we have something in common with countries far away in the Global South – and a lot of them. Małgorzata Juszczak made an excellent film about it, ‘Stolen Fish’,” Artur Domosławski wrote in the review.

Gosia Juszczak, a Polish woman currently living in Spain, says she came up with the idea to make this film during a meeting with her friends “over a beer,” where an activist friend in Gambia told her about the problems the Gambia was facing. “I live in Madrid, in the region of Lavabes, which is undergoing a radical development. Immigrants from West Africa are appearing. It turns out that getting involved in this environment was a natural step for me”, writes the director.

She says that while directing the film, she spent several weeks in The Gambia talking to locals and activists fighting for international assistance. She visited homes, ports, and villages. “There were many happy moments, but there were also challenges. But the most important thing is that we met brave people who invited us into their lives and shared their experiences,” writes Juszczak.

***
Chinese investors have been fishing on a large scale off the coast of The Gambia for three years. Gosia Juszczak is the first to explain the problems to which this economic activity leads. Through his film, he wants to raise Europeans’ awareness of the social effects of globalization. This topic began to appear. So now is the time to show this movie. As the first document on the subject, I hope it will become a tool in the hands of Gambians and other West African countries that oppose the deprivation of their raw materials, and will spark debate among Europeans and questions about our consumption models.” Director.

“This film is only 30 minutes long – and it is not enough to include all my reflections, what I learned and the nuances of what immigration is for Gambians. Getting to know families who pin their hopes on their children, who emigrate to the world and dream of lifting their loved ones out of poverty, has changed my perspective so much” , says Juszczak, who is already working on the second part of the film. It documents the fate of West African migrants arriving in the Canary Islands. One of the heroes of the “Stolen Fish” – Abu – has arrived there.
***
Stolen Fish wasn’t her first work on social issues, immigration, and borders. The documentary “Videonotes: Ethnoligue” is dedicated to the multicultural amateur football team, and “Cargo Women of Melilla” – to the slave labor of Moroccan women on the southern border of the European Union.
Stolen Fish had its world premiere at Sheffield Doc/Fest and was ranked by VICE magazine as one of the festival’s 10 most radical films. It won Best Short Film at the Livable Planet Film Festival in San Francisco, an award at the Afrykamera Festival, and was widely reviewed in Spain’s “El Pais”. It was shown at festivals, incl. In Poland, Spain, Turkey, the United States, Great Britain and Cameroon. It is set to be screened at 20 other festivals in the coming months, including New Zealand’s DocEde Festival, where it was nominated for an Academy Award-qualified award for Best Short Film.
***
This year’s New Jersey International Film Festival will be held in virtual mode. More about the festival: www.njfilmfest.com, 8482 932 (848), [email protected]And the [email protected] 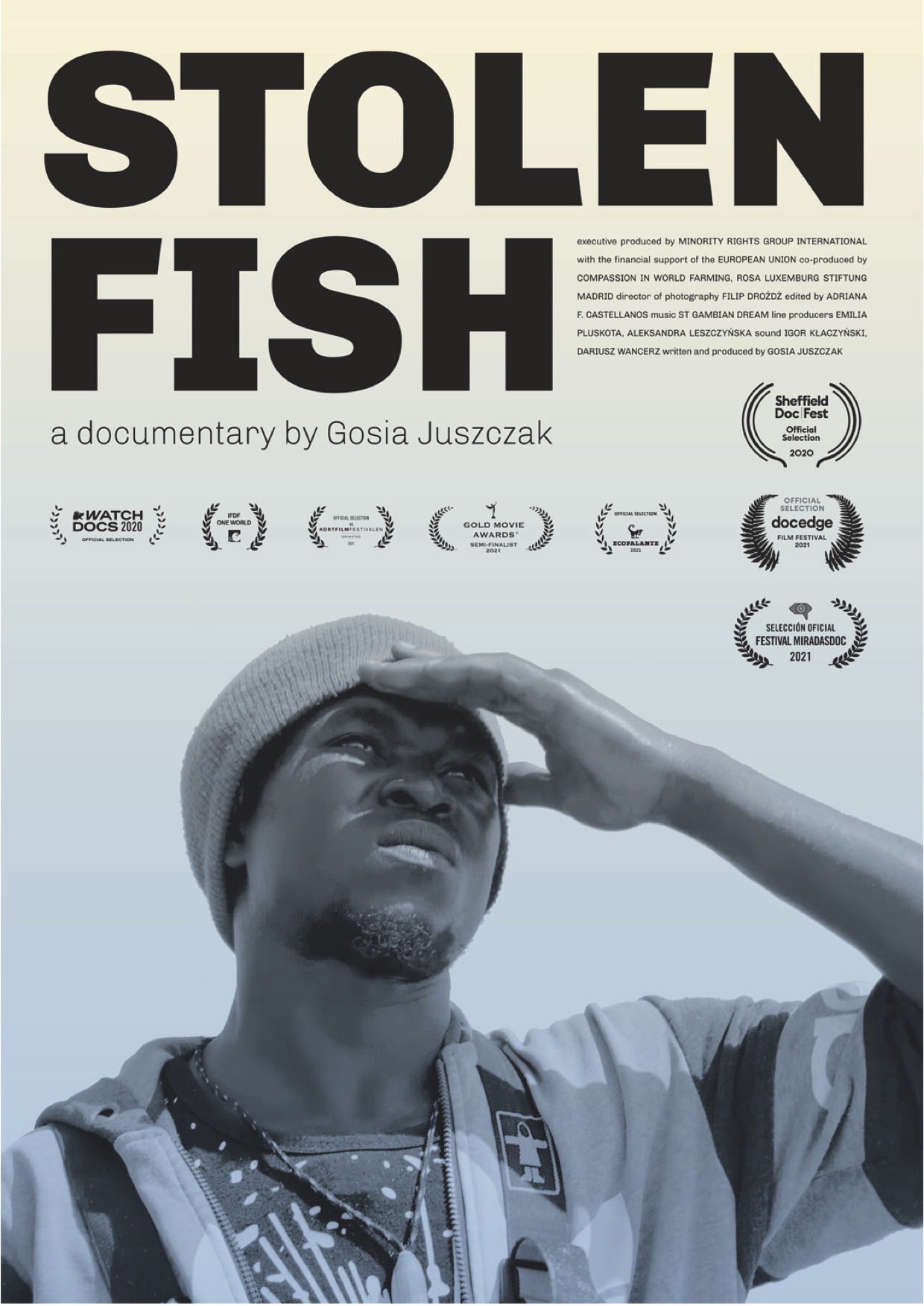 See also  Ted Lasso: This series is a lifesaver. Węglarczyk about series, podcast

Don't Miss it Deadline Extension – Call for Papers // Seminar in the public space of the game
Up Next The British are retreating from the frontier. How is it not returned?