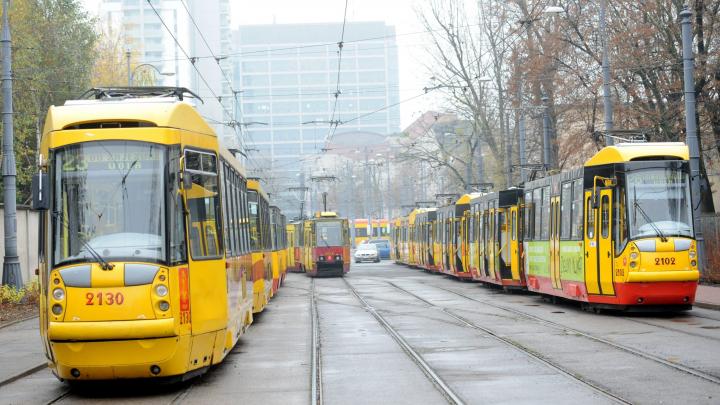 Traffic lights with light modulation installed in the rear of one vehicle and a camera that reads these signals on the other, an oncoming tram can warn of a collision of two trams. The technologies used in aviation in public transportation were used by scientists from the Military University of Technology.

The anti-collision system is equipped with lamps that modulate light (road and location), distance cameras and road sign readers. Its central unit analyzes the data and reports the risks to the driver.

Researchers from the School of Mechatronics, Weapons and Aviation at Military University of Technology (MUT), along with an industrial partner, worked on the system that uses visible light as a vector of information. The devices do not interfere with the cart frame, and can be installed without approval. The system has proven itself in tests carried out on a tramway in ód. The prototype is ready for implementation.

Communication with self and the environment

As the project manager, Dr. M. Krzysztof Falkowski, the tram can transmit information by “flashing” its lights at a frequency that the human eye cannot perceive, but which can be understood by the camera sensor. The rail car moves around the clock with headlights and taillights illuminated. The VLC (Visible Light Communication) system uses an LED to transmit information, which can be combined into what is called a reflector. Thus, the system transmitter is a “flashing” lamp equipped with a control device that modulates the illumination process. The signal is properly encoded – so it can be read by the camera of other trams. The range of these communications reaches 80 meters.

If the tram is traveling too fast relative to the vehicle ahead, the driver receives an adequate signal of danger. Messages are displayed in three colors – green, yellow, and red. The system includes. It gives information about the distance from the last stop. In addition, scientists used cameras that determine the distance between trams and recognize signs along the way. All these signals are collected and analyzed by an expert system, which directly informs the driver if he has a clear road and can go, or if there is an emergency. In agreement with the drivers who took the tests, the researchers limited the number of factors considered dangerous while driving.

Light fills in the gaps in radio and GPS systems

As Dr. Love confirmed. M. Falkowski, wireless communications commonly used on public transport and GPS locating fail in narrow streets, surrounded by tall buildings or on paths below the road, for example in tunnels. You can solve these problems by using traffic lights to communicate.

The opinion was expressed that the owners of municipal transport companies need such a system. Collision raises issues related to compensation, as well as issues of employees’ liability to each other within a single company. Collisions cause financial losses, but most passengers are affected. Our analysis shows that there are not many deaths, but serious injuries among the passengers are frequent, “the expert says.

The injuries do not have to come from a collision. Too sudden braking of a vehicle of such a large mass is dangerous for passengers, who are not fastened with seat belts, often without seats.

See also  Without shock, we will never get out of scientific misery

The work on the collision warning system took about three years. NCBR funded its own contribution by Newag Inteco SA, which was responsible for white light communications. Scientists of the Military University of Technology have developed a “brain system”, that is, the system of experts.