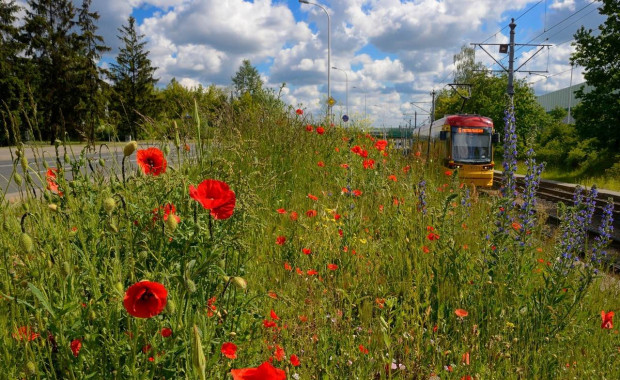 Warsaw announced the creation of a new fundraising mechanism to develop green areas in the city. The green box, because that is how it provides, should be a platform for collaboration with entrepreneurs who wish to contribute to the green transformation of capital.

According to the City Council, the Green Fund aims to enable companies to support the city’s environmental initiatives, such as the “A Million Trees for Warsaw” or “Green Streets” programs. This mechanism is also to allow them to implement their own ideas for greening the capital, which will contribute to “developing the residents’ recreational space, increasing the city’s biodiversity or supporting urban gardening.”

The fund also aims to involve companies in city development, and to build a sense of community and shared responsibility for city space. Justina Glossman, Director and Coordinator of Sustainable Development, says the greener they are, the more attractive and beneficial to the health.

Read: Scientists have calculated the value of tree labor in Warsaw. This is a minimum of 170 million PLN per year

See also  Daters are voting on the worst pickup lines, with 55% insisting that they should be banned

– This is a modern and innovative project, thanks to which we will find ourselves in a group of other global megacities that are looking for various sources to finance pro-environment activities – he adds.

According to the clarifications of the city council, the funds obtained from the Green Fund will be allocated to the budget from Warsaw. The separate functional area assigned to them is to enable them to spend only in the green box area. Appropriate agreements will be concluded with the donors, in which the purpose of allocating funds will be clearly defined.

The launch of the Green Fund aims to support Warsaw in implementing the United Nations Sustainable Development Goals, according to which cities must increase the share of forests and green spaces, and on this basis increase biodiversity. As emphasized when this mechanism was created, the capital began cooperation with a non-governmental organization, Global Compact Network Poland, which is part of the United Nations Global Compact initiative – the world’s largest platform gathering companies working for sustainable development.

For the United Nations system, cities are a key component in the struggle to conserve biodiversity and can become ideal habitats for many species of plants and animals. This requires a wise management of green spaces, their sustainable development and their incorporation into the urban fabric, so that the share of green spaces in the city is systematically increased by increasing the share of gardens, lawns, squares, and planting trees and shrubs. Quality of life for residents and others; the types that make up a city or which could become its living space – says Kamil Wyszkowski, National Representative of the United Nations Global Compact Network in Poland.

City council representatives in the capital argue that by creating the Green Box, Warsaw is following in the footsteps of the world’s largest metropolises, such as New York, London, Copenhagen and Paris, which have been implementing such initiatives for years. In this context, officials point to the London Greener City Fund or the New York City Green Relief & Recovery Fund of New York (established by the New York Mayor in May 2020, it is a grant fund for NGOs that implement green projects).

Don't Miss it Hockey World Cup. Only in Latvia, no stars, no fans
Up Next New COVID-19 Vaccine. The Germans changed technology