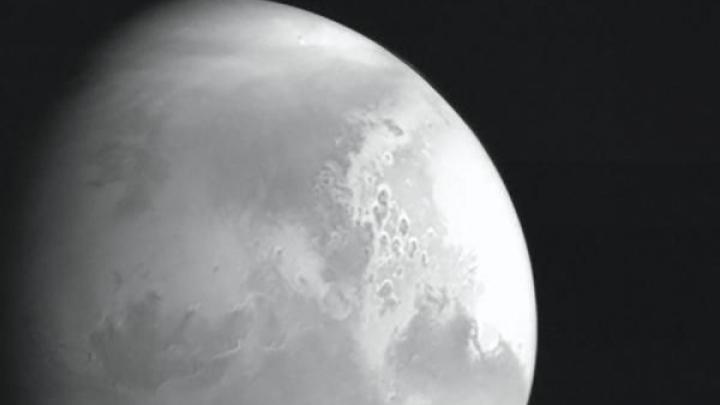 The Chinese Space Agency has unveiled the first image of Mars taken by the Tianwen 1 spacecraft as it approached the planet. The probe is scheduled to enter orbit on February 10.

The black and white image of the red planet is the first image of Mars sent by a robotic Chinese spacecraft called Tianwen 1. The spacecraft is preparing to enter orbit around the planet. On February 5, it performed the final fourth maneuver to correct its flight.

After entering orbit, the spacecraft will begin preparations for the landing of the craft. It will film potential landing sites in Utopia Planetia, south of the landing site of the former NASA Viking 2 lander. The Chinese rover is expected to land in May.

Currently, there is a public vote in China to choose a rover name. Voters can choose from 10 proposals from Chinese mythology, Confucian concepts, and mythological animals. Interestingly, one of the proposals is similar to the name of the new NASA rover, which is also heading towards Mars. Hongyi can be translated as “perseverance.”

After landing, the 250kg craft will survey soil properties and distribute potential glacial water with the help of subsurface exploration radar. The car also has cameras for panoramic and multi-spectral images and tools for analyzing rock formation.

On the other hand, the Tianwen 1 orbiter will study the Martian surface using medium and high-resolution images and radar. He will also use a magnetometer and a particle detector.

The Tianwen 1 mission took off from Earth in July 2020. It will reach Mars one day after the United Arab Emirates’ Hope lander sends, and a week before the US probe.

Don't Miss it Legislation on the new secularization law continues
Up Next Drilling. The unbearable lightness of digging into the ground